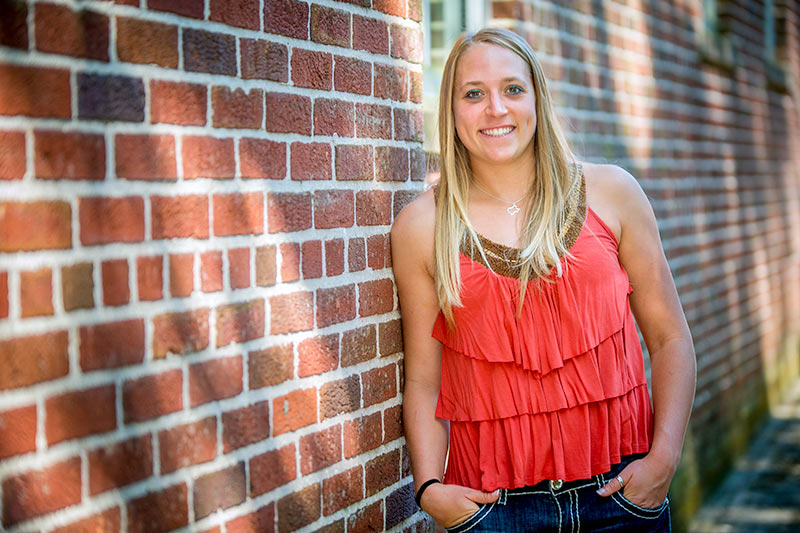 Tulane student-athlete Leslie Vorpahl will graduate this spring with degrees in business management and marketing. Her success, she says, is based on the ability to translate on-court strategies into classroom methods. (Photo by Ryan Rivet)

Tulane University women’s basketball senior Leslie Vorpahl has proven that athletics and a Tulane education are a perfect recipe for success.

Vorpahl has played the role of floor general the past two seasons, calling the shots as the Green Wave’s starting point guard and captain. Under her leadership, the Olive and Blue tied its longest run in the Women’s National Invitation Tournament, reaching the third round in both the 2016 and 2017 seasons.

“Tulane has taught me how to succeed in areas I did not know I had the ability to succeed in,” said Vorpahl. “The academics are challenging, but the university supports you in any area you need to do your best.  And I knew the work would pay off in the end by how many opportunities would arise for my next chapter after getting a degree from Tulane.”

The San Antonio native saved her best season for last, averaging 11.8 points and 6.1 assists, the latter ranking second in the American Athletic Conference. In all, Vorpahl dished out a total of 201 assists, which ranked 18th in the country and third all-time at Tulane.

“As an athlete, I have determination and perseverance ingrained in me and I am competitive in every aspect of my life,” said Vorpahl. “The hard work I put in for my performance on the court definitely transfers over into what I do in class and in life.”

However, it was Vorpahl’s drive off the court that propelled the senior toward one of the conference’s more prestigious awards—the American’s Scholar Athlete.The business management and marketing major has a 3.756 GPA, which helped her claim Tulane’s second American Scholar-Athlete award in the past three years. The first went to 2015 alumna and fellow point guard Jamie Kaplan, who is currently studying at the Tulane University School of Medicine.

With graduation on the horizon, Vorpahl is now eyeing either a career overseas or venturing into the realm of coaching. In whatever her next endeavor might be, Vorpahl can now count on her Tulane degree to provide the next assist of her career.