The Tulane Green Wave football team returned to Yulman Stadium following Hurricane Ida on Saturday, Sept. 25, to play against the University of Alabama at Birmingham (UAB). It was the Green Wave’s first game of the season held on the uptown campus since Ida caused Tulane Athletics to relocate team operations to Birmingham, Alabama. Students, who returned to campus over the weekend, cheered on the team and welcomed them back to home play. The final score of the game was Tulane-21 and UAB-28. 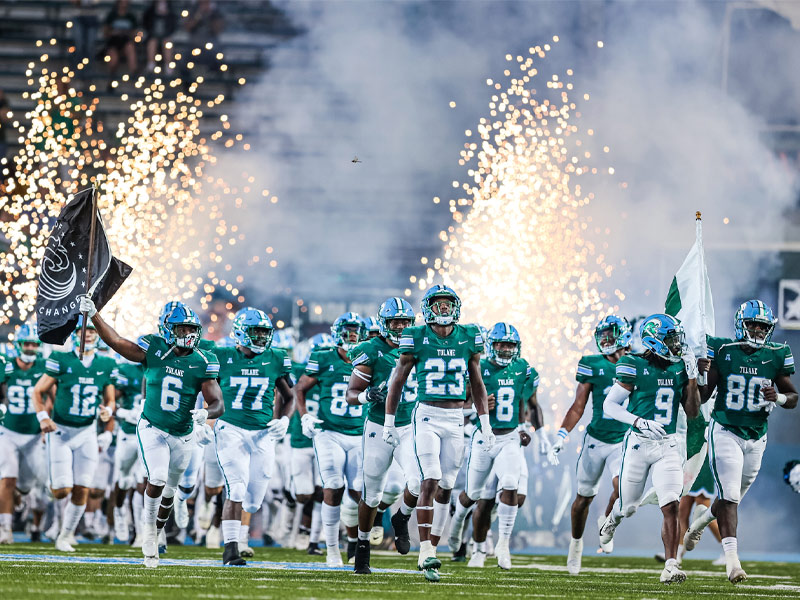 The Green Wave football team takes the field before the start of a football game against the University of Alabama at Birmingham. 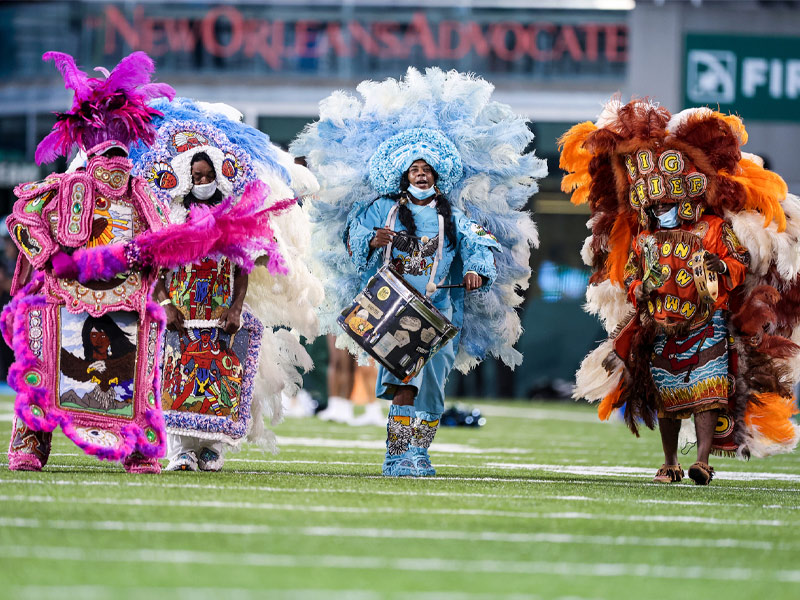 Mardi Gras Indians parade across the football field before the start of the game. 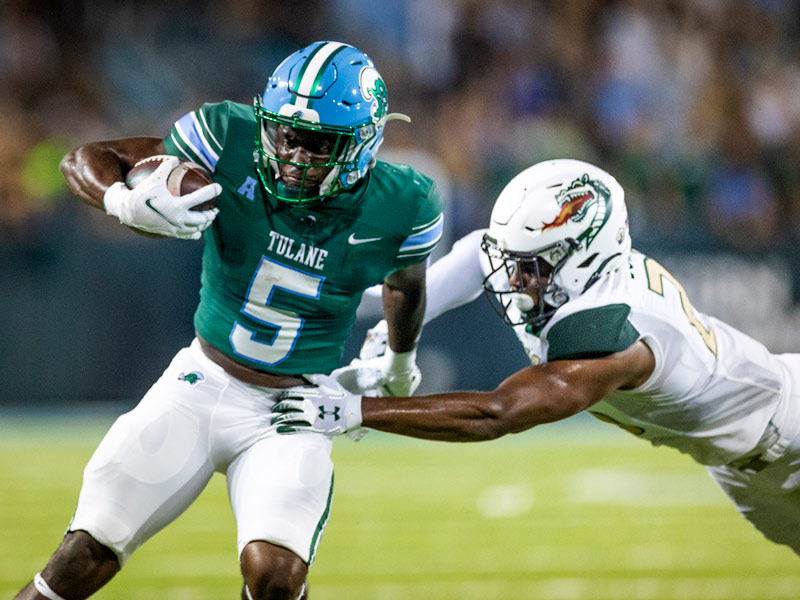 Tulane running back Ygeno Booker runs the ball against UAB. 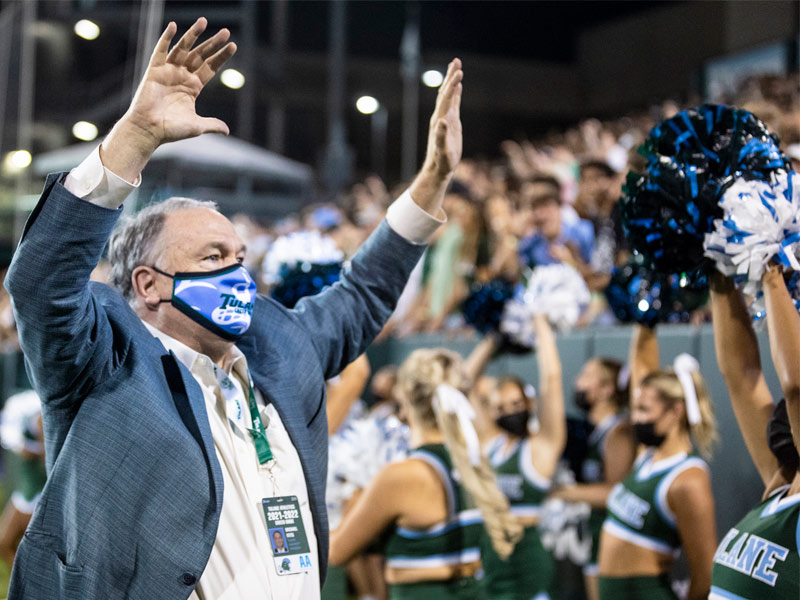 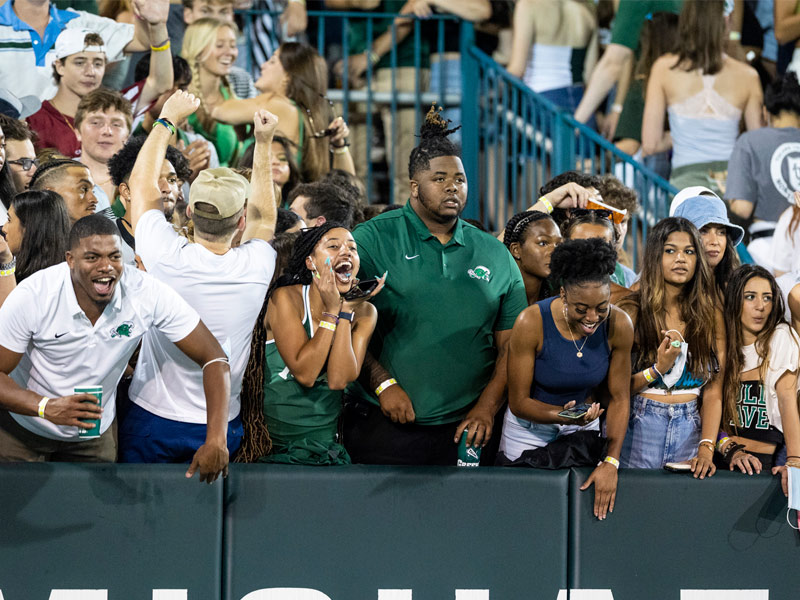 Fans cheer on the Green Wave in the stands. 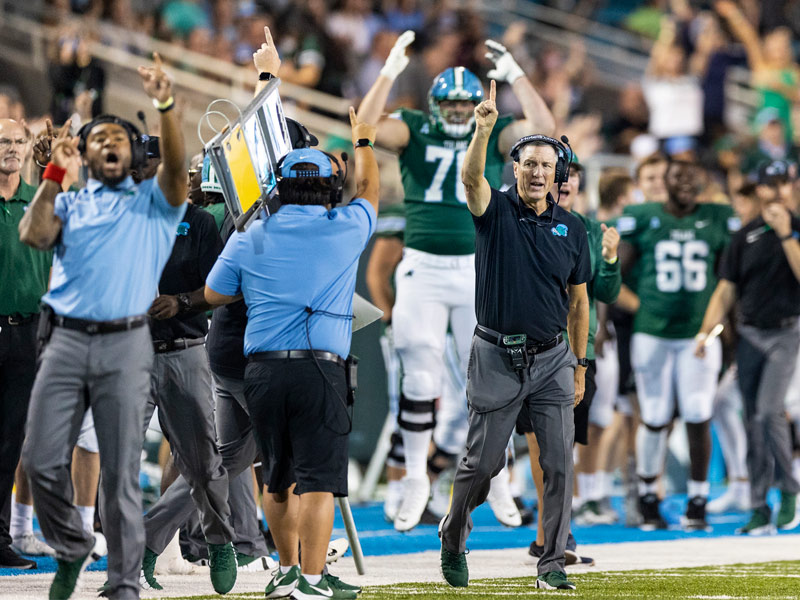 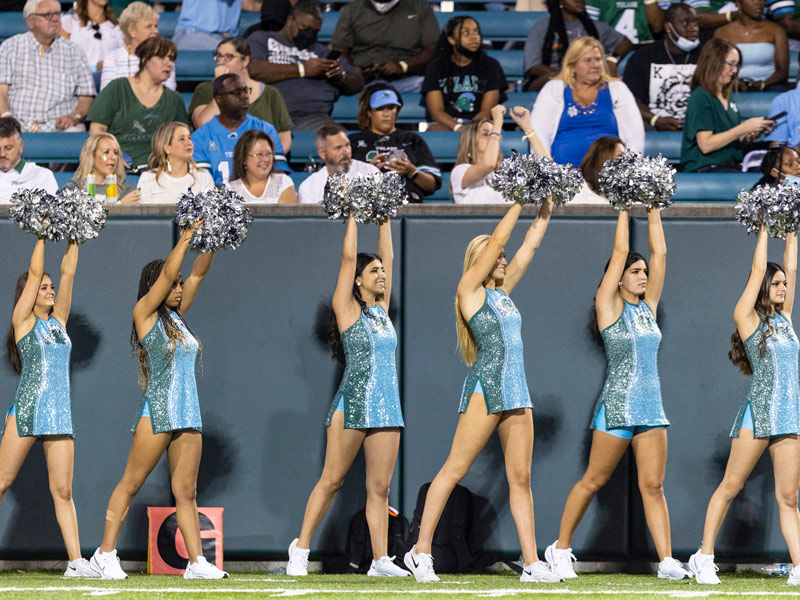 The Shockwave Dance Team entertain fans from the sidelines. 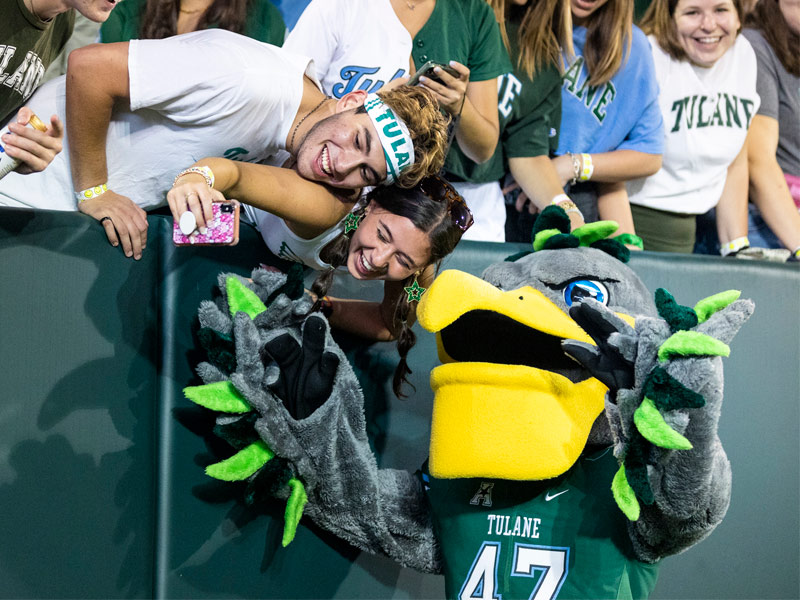 Tulane’s mascot, Riptide, poses for a selfie with fans. 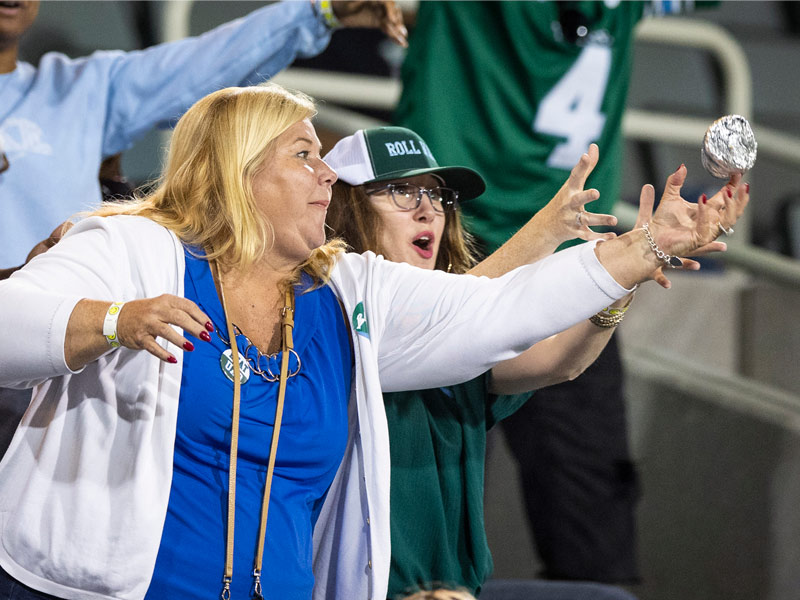 Fans reach for a T-shirt thrown into the stands.

Students return to campus post-Ida, will begin classes today
Many thanks
Tulane’s Center for Public Service - on the forefront of Hurricane Ida recovery efforts
Paying it forward: A note to the new inhabitants
Webinars provide details on Tulane’s return to normal