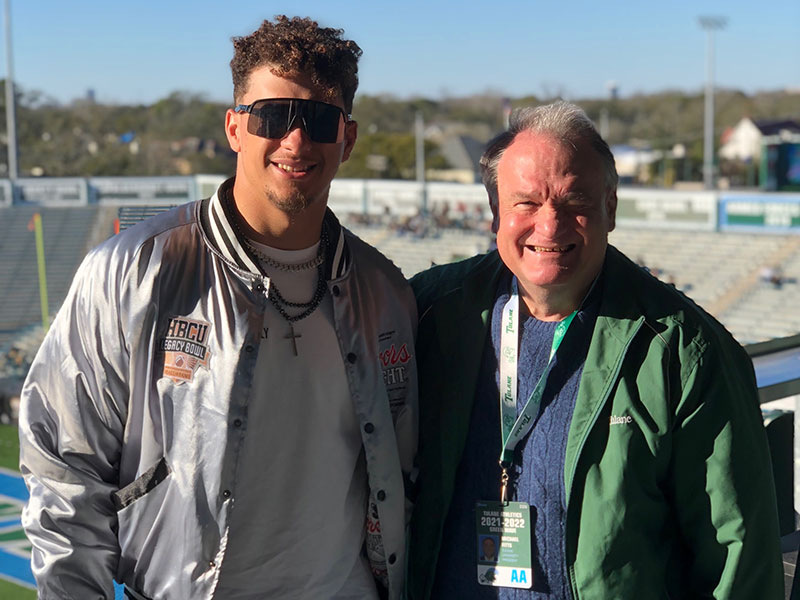 The best of draft-eligible football players from historically Black colleges and universities came to the Tulane campus to play on Benson Field at Yulman Stadium at Saturday’s inaugural HBCU Legacy Bowl. But it was a top NFL quarterback who brought star power to the event: Patrick Mahomes of the 2020 Super Bowl champion Kansas City Chiefs.

Mahomes is a founding partner of the Legacy Bowl, which is presented by the Black College Football Hall of Fame. Mahomes served as honorary captain for the day.

The teams were named “Robinson” and “Gaither” for legendary past HBCU coaches Eddie Robinson of Grambling State University and Jake Gaither of Florida A&M University.