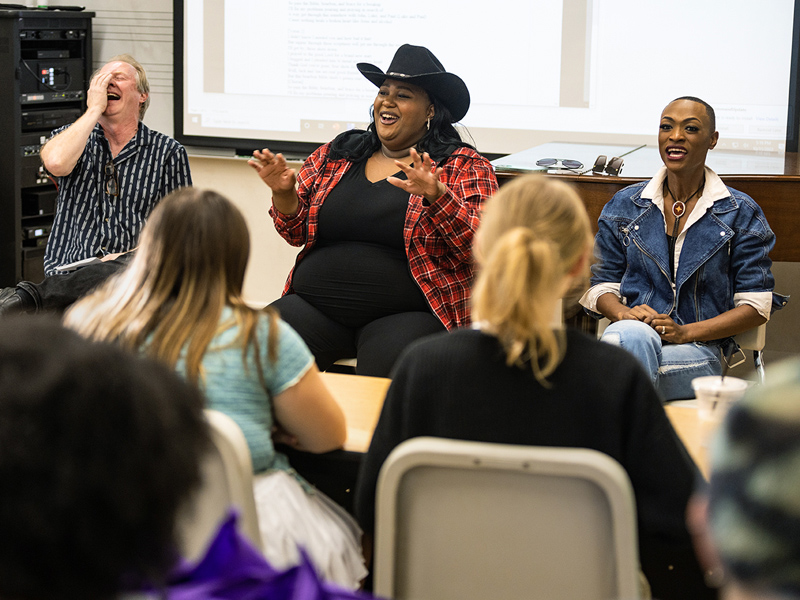 What is it about the interplay of music, rhythm and words that creates a compelling song that draws in the listener? Mark Carson, adjunct lecturer, has been writing songs and playing music professionally for 30 years and has used his vast experience to teach students, every fall since 2008, in the Tulane Interdisciplinary Experience Seminar (TIDES) course Songwriting for an Audience.

“It’s said that the best way to relearn anything is to teach it, and every fall I get to see some new bright-faced students who are enthusiastic about wanting to do this. … I try to use as many genres as possible and give them a background on how people who do this for a living analyze and put songs together. But the only real way to teach students, for them to learn how to write songs, is to write songs,” said Carson.

Carson, who has collaborated on and written songs for numerous musicians, such as New Orleans’ John “Papa” Gros, knows the importance of firsthand experience. Carson’s students got a real treat when the country group Chapel Hart stopped by on Oct. 11 to talk about their history, musical influences and their songwriting process.

Originally from Poplarville, Mississippi, but now based in New Orleans, the group Chapel Hart made it to the finals and placed in the top five of this season’s “America’s Got Talent.” In addition to their stellar competition performances, Chapel Hart has received high praise from many notable performers, including the queen of country music herself, Dolly Parton, who commented on the group’s song “You Can Have Him Jolene” inspired by her classic hit “Jolene.”

Carson met sisters Danica and Devynn Hart and their cousin Trea Swindle in 2018 during a mini musical showcase that featured both Chapel Hart and his band, Carson Station. Carson has been working with the group since that time and contributed two songs, “Angel” and “4 Mississippi,” to their newly released album, “The Girls Are Back in Town.”

Collaboration is critically important in today’s musical landscape, Carson said. Most hit songs are a product of more than just one musician’s inspiration.

“The students get to interact with many different people — there may be someone who is really into hiphop, and maybe there is somebody else that’s really into folk or rock, and they are collaborating. That’s the thing that excites me about teaching students at Tulane, and I think makes it exciting for them: they put all those influences in the pot and hopefully come up with something totally different.” 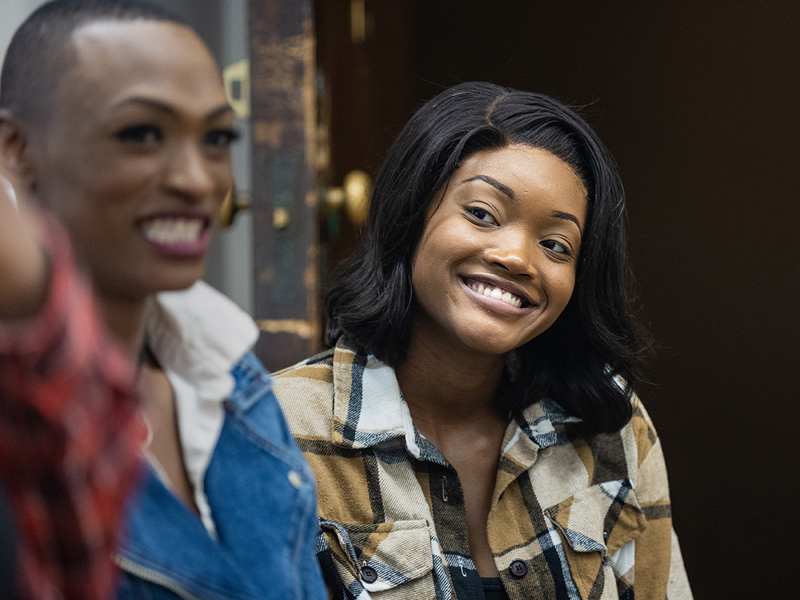