Presidential nominee Barack Obama and platinum-selling hip-hop artist Lil' Wayne have something in common. Both men are challenging the norm and making history in the process. 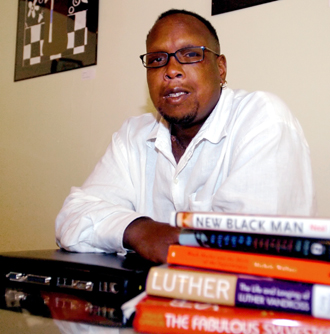 While on decidedly different career paths, both men have stories that are emblematic of the modern black experience, says Mark Anthony Neal, the visiting Pierce Butler Professor in the Department of English. As part of his weeklong stay at Tulane, Neal will give a talk tonight (Oct. 14) on what these and other popular icons have to say about the contemporary black American experience.

The lecture, titled “Obama, Lil' Wheezy, the 'Katrina-Politans' and Other Markers of Modern Blackness,” will take place at 6:30 p.m. in the Kendall Cram Lecture Hall of the Lavin-Bernick Center on the uptown campus.

As its title suggests, the talk will have, at least in part, a local angle. “We're going to talk about Lil' Wayne, who is from New Orleans, and discuss what it means for someone like him to become the international superstar that he is,” says Neal. “Given where he was born and raised, and given the issues of Katrina, he becomes representative of how the hip-hop generation in general is processing the tragedy of Katrina at this point in time.”

Born as Dwayne Michael Carter, Lil' Wayne was raised in the city's poverty- and crime-ridden neighborhood of Hollygrove.

Neal, professor of black popular culture in the Department of African and African American Studies at Duke University and author of four books relating to black popular culture, says that popular icons are helpful in describing trends that are happening in black America.

A panel discussion titled “There's Misogyny in Hip-Hop: So What?” will follow on Thursday (Oct. 16) at 5 p.m. in the Kendall Cram Lecture Hall. Joining Neal on the panel will be a mix of local disc jockeys, faculty from Louisiana State University, community activists, local high school and college students and local hip-hop artists. Shayne Lee, assistant professor in the Tulane Department of Sociology, will moderate the panel.

“Anyone interested in popular culture will find it interesting,” says Neal, “especially those with an interest in race, gender, sexuality and political content within contemporary popular culture.”

As part of his visit, Neal also will lead a professional development workshop for K-12 teachers on Friday (Oct. 17) titled “It's Not Rocket Science: Strategies for Engaging Hip-Hop Generation Students in the Study of Science and Related Areas of Instruction.” The workshop, which has already been booked to capacity, will be held from 9 a.m. until noon in room 200 in the Norman Mayer Building on the uptown campus.