Historian tells stories of slaves and the American South 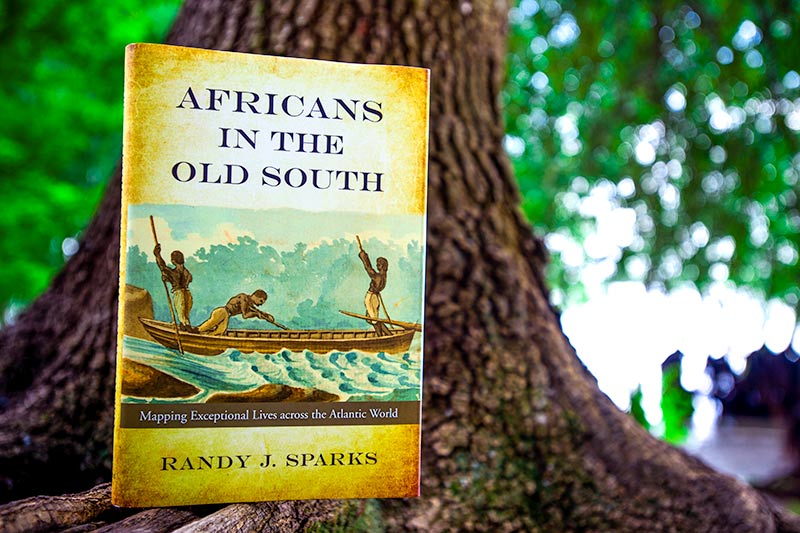 That’s a number “almost as difficult to grasp as the sands on the beach or the stars in the heavens,” writes Randy J. Sparks in his latest book, Africans in the Old South: Mapping Exceptional Lives Across the Atlantic World  (Harvard University Press, 2016).

In the book, Sparks, a professor of history at Tulane University, focuses not on the numbers and magnitude of the slave trade. Instead, he tells six biographies of individuals — all natives of West Africa who lived in the American South between 1760 and 1860 — and all caught up in the slave trade in one way or another.

This book “reminds us of the human and individual dimensions of the Atlantic slave trade and its impact on individuals and families as well as on the American South.”

While millions of the victims of the slave trade were brought to the Americas, “only an estimated 389,000 came to the American South, about 79,000 of those after 1800,” writes Sparks.

By delving deep into individual life narratives, Sparks says that he is attempting to “capture the unfamiliar, the exceptional, the lives of men and women who defy our expectations of what their lives should have been like.”

The actual, complete story of the African slave trade would need the biographies of each of its 12,500,00 victims, writes Sparks. But much of the historical record is lost.

By retrieving, analyzing and interpreting scant documentation of sales, letters, accounts of legal proceedings, shipping manifests and other written reports, Sparks has written a “microhistory” to “remind us of the human and individual dimensions of the Atlantic slave trade and its impact on individuals and families as well as on the American South.”