The history behind Bastille Day 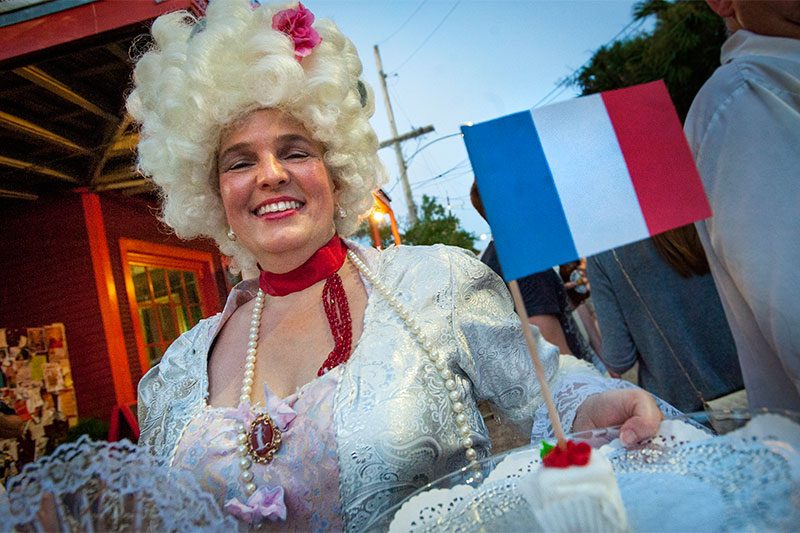 The annual Bastille Day Festival in New Orleans is a favorite among locals and visitors to the city. The 2016 fête takes place July 14-16. (Photo by Paula Burch-Celentano)

Also known as La Fete Nationale, the French National Day commemorates the storming of the Bastille prison on July 14, 1789, the eve of the French Revolution. The event came to symbolize the unity and strength of the French people.

“Several factors led to the storming of the Bastille,” said Falaky. “The fact that the clergy and nobility were exempt from most taxes triggered a sense of rightful indignation at the growing inequality and injustice.”

“Bastille Day celebrations consist of a street festival that brings together the ever increasing French population in New Orleans, parents and children from the many French schools as well as many other Francophones and Francophiles living in the city.”

Edwards said the modern holiday was established in 1880 to commemorate the revolution, but more importantly, to rally the support of the French people for a new regime.

“For most French people, it’s an important date because it celebrates the founding of a modern, democratic country,” said Edwards. For New Orleanians, the celebration is a reminder of the city's French heritage.

Local festivities will take place citywide, including at the New Orleans Museum of Art on July 15 from 4–10 p.m. The event will include French and English museum tours, petanque demonstrations, mini French-language lessons, and of course lots of music and French cooking.  There is also a Bastille Day dog contest, and a French Market Bartenders and Waiters race.

For other events, visit the Bastille Day NOLA website.