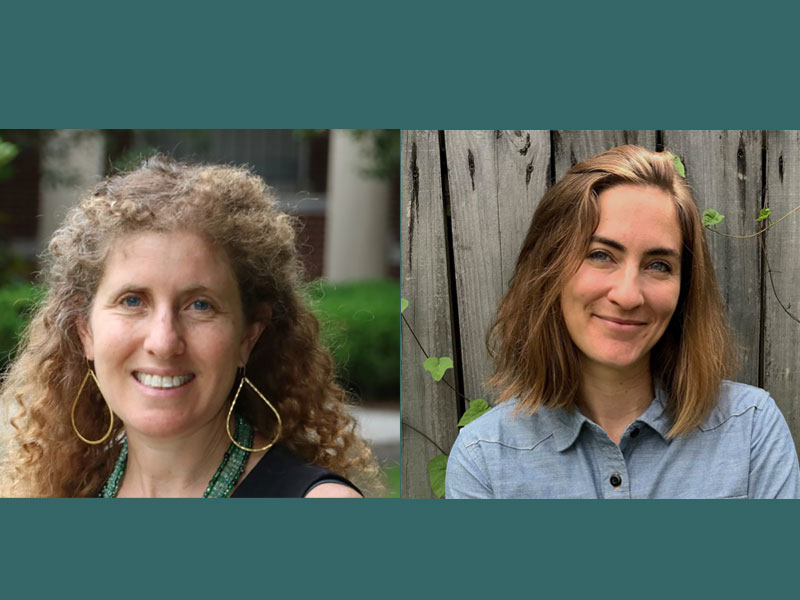 (left to right) Jana Lipman, history professor at Tulane, and Mira Kohl, history PhD candidate, each received recognitions from the Society for Historians of American Foreign Relations for their published work on U.S. foreign relations. Lipman was recognized for her book, ‘In Camps: Vietnamese Refugees, Asylum Seekers, and Repatriates’ (University of California Press, 2020) and Kohl was recognized for her article ‘Between Louisiana and Latin America: Oil Imperialism and Bolivia’s 1937 Nationalization.’

Jana Lipman, history professor at the Tulane School of Liberal Arts, and Mira Kohl, PhD candidate in the Department of History, each received honors from the Society for Historians of American Foreign Relations (SHAFR) for their published work on U.S. foreign relations.

SHAFR “promotes the study, advancement and dissemination of a knowledge of American foreign relations,” according to its website.

Lipman’s book tells the stories of what happened to Vietnamese refugees after their flight from Vietnam. It examines their experiences in Guam, Malaysia, Hong Kong, and the Philippines, and it emphasizes the importance of activism within the camps and within the Vietnamese diaspora.

Lipman said she “couldn’t be more thrilled” to receive this recognition.

“I'm extremely humbled by this professional recognition, and I believe it demonstrates the importance of migration in the study of U.S. foreign relations,” Lipman said.

Kohl won the society’s Stuart L. Bernath Scholarly Article Prize for “Between Louisiana and Latin America: Oil Imperialism and Bolivia’s 1937 Nationalization.” The Bernath Prize recognizes and encourages distinguished research and writing by junior scholars in the field of diplomatic relations. The prize is awarded annually to the author of a distinguished article appearing in a scholarly journal or edited book, on any topic in United States foreign relations.

Kohl’s article examines the transnational repercussions of a series of speeches made between 1934 and 1935 by Louisiana Sen. Huey Long alleging that Standard Oil had instigated the Chaco War between Bolivia and Paraguay. The article focuses on how this rumor garnered legitimacy and how it laid the groundwork for the hemisphere’s first oil nationalization in Bolivia in 1937.

Kohl said it is “an exceptional honor” to receive the Bernath Prize for her work.

“I am deeply honored and humbled by this professional recognition for my first peer-reviewed publication,” Kohl said. She said the article started as a seminar paper in Lipman’s “U.S. Empire” course.

“From start to finish, pursuing this research has been an intellectually stimulating and rewarding process. It is immensely gratifying to receive the Stuart L. Bernath Award in recognition of this work,” Kohl said.

Lipman added, “It’s remarkable that Mira’s and my work were both recognized in the same year! I could not be prouder of Mira.”