Through interaction with refugees, honors student gets inspired 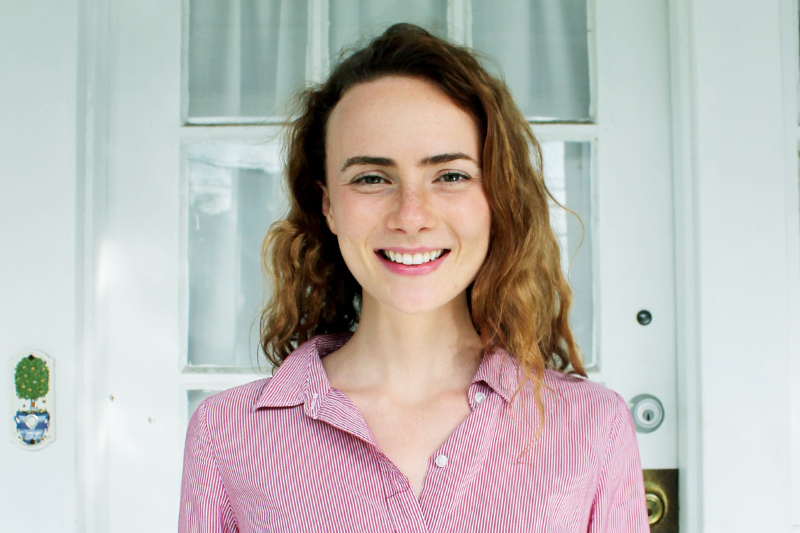 Hannah Craig, an honors student who is studying public health and environmental studies, draws on volunteer experiences with refugees to complement her thesis research. (Photo provided by Hannah Craig)

Craig, a public health and environmental studies double major, ultimately used those experiences for her honors thesis, which is an analysis of literature about sexual violence against refugee women, in order to create a conceptual model specific to refugee situations.

Her interest in refugees began during a semester abroad in Chile in the fall of 2016.

“I needed to put myself a bit closer to the center of the issue, just to be able to connect.”

“I was feeling disconnected from political happenings in the U.S., and I wanted to contribute to [work against] the anti-immigrant and xenophobic narratives that were happening during that election cycle,” Craig said.

She concluded the semester with an independent research project that mapped the cultural integration of Syrian refugees in Chile.

Later, Craig served as an intern with Catholic Charities’ refugee resettlement program, where she led an economic empowerment group for female refugees, and traveled to Greece to volunteer in a refugee camp outside Filippiada, five hours west of Athens. Her work with Catholic Charities was funded by the Phyllis M. Taylor Center for Social Innovation and Design Thinking’s Changemaker Catalyst Award.

While she did not conduct interviews in Greece, Craig said the visit helped connect her to the research.

“I felt that in order to write about the issues that these women face in migration context, I needed to put myself a bit closer to the center of the issue, just to be able to connect,” said Craig.

Craig, who has also served as a research assistant to associate professor Nancy Mock, finds that sexual violence is prevalent yet under-reported in refugee situations. The legal and social organizations present during migration and asylum often lack formal processes for identifying and reporting sexual violence as well as the capacity or incentive to publish statistics or take action against perpetrators.

Craig wanted to work on a project that facilitated intersectional social change. Now that the #MeToo movement has publicized the experiences of many women in high-profile fields, Craig said it is important to extend those opportunities to all women, including refugees.