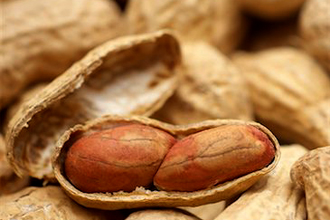 An allergic reaction is a response to a substance by the body's immune system, with symptoms including sneezing, itching, rashes or asthma. For some, foods such as peanuts can cause severe reactions, even resulting in death.


“Even after years of research, we still don't know why some people are allergic and some aren't, or why certain foods are allergenic and others are not,” says Maleki, an adjunct associate professor of medicine.

Her current research, conducted at the U.S. Department of Agriculture's Southern Regional Research Center in New Orleans, focuses on allergens, the substances that trigger allergic reactions. Dr. Jane El-Dahr, a professor of clinical pediatrics and clinical professor of medicine at Tulane, is co-investigator in the research.

“We know that an antibody called immunoglobulin E, or IgE, is elevated in patients who are allergic to any kind of food,” Maleki says.

The team takes blood samples from food allergy patients, then isolates the immune system components. The researchers purify allergens out of foods such as raw, boiled and roasted peanuts, then see how patients' antibodies react to the allergens.

Earlier research by Maleki revealed that the allergenic potential of foods changes through processing. For example, roasting peanuts makes them more allergenic than non-roasted peanuts.

“If we can find a processing method that would reduce IgE binding, then we can reduce the allergenic potential for that food,” says Maleki. “In other words, fewer people would develop food allergies that result from first encounters to that food, and secondly, it could reduce the severity of reaction to that food, particularly for cases of accidental ingestion.”