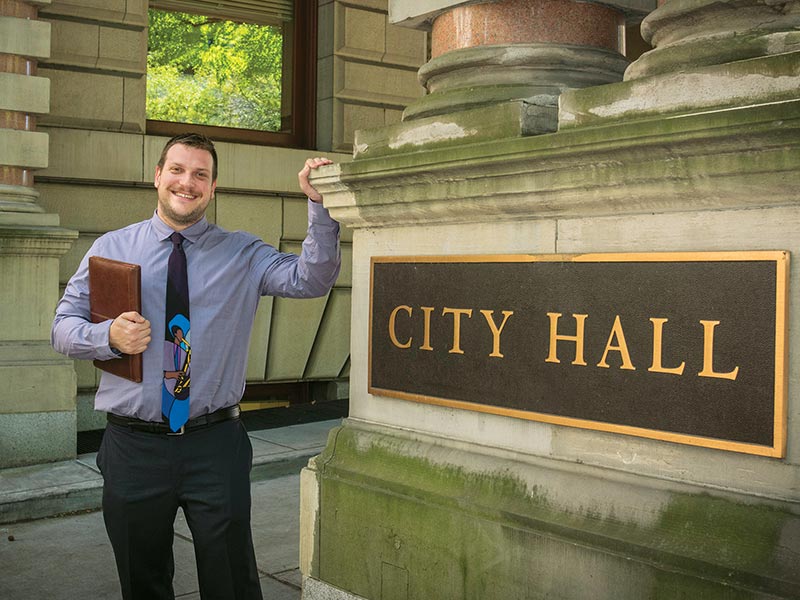 Alumnus Matthew Charles Cardinale promotes his affordable housing ordinance in cities nationwide, including New Orleans and his home base of Portland, Oregon. (Photo by Bruce Forster)

The passion alumnus Matthew Charles Cardinale brings to his work as an affordable housing advocate is personal. He spent three years as a homeless teenager in southern Florida before coming to Tulane on a full scholarship.

Now Cardinale, a 2003 graduate, is the architect of a model ordinance called the Affordable Housing Impact Statement. The legislation requires a city or county government to provide detailed projections of how land use and development projects would affect the number of affordable housing units in the area.

Cardinale said he’s noticed that even when residential developments aim to include affordable housing, they often produce a small number of units at prices that are still out of reach for some.

“It was a great place to be young and in the movement for social change. Tulane was supportive and created a space for us to explore activism.”

“We’re spending millions of dollars to produce a few new units of affordable housing that aren’t really affordable,” Cardinale said. “We’re getting a frozen yogurt stand, maybe a Trader Joe’s and market-rate condos—and that’s not what we need.”

He was back in New Orleans in June to meet with city officials and discuss how implementing the impact statement law could help the city.

Cardinale currently lives in Portland, where he runs a nonprofit organization that focuses on housing and the environment. He said his years at Tulane helped shape his attitudes about social justice.

“It was a great place to be young and in the movement for social change,” he said. “Tulane was supportive and created a space for us to explore activism.”

Editor's note: This story appeared first in the September 2016 issue of Tulane magazine.