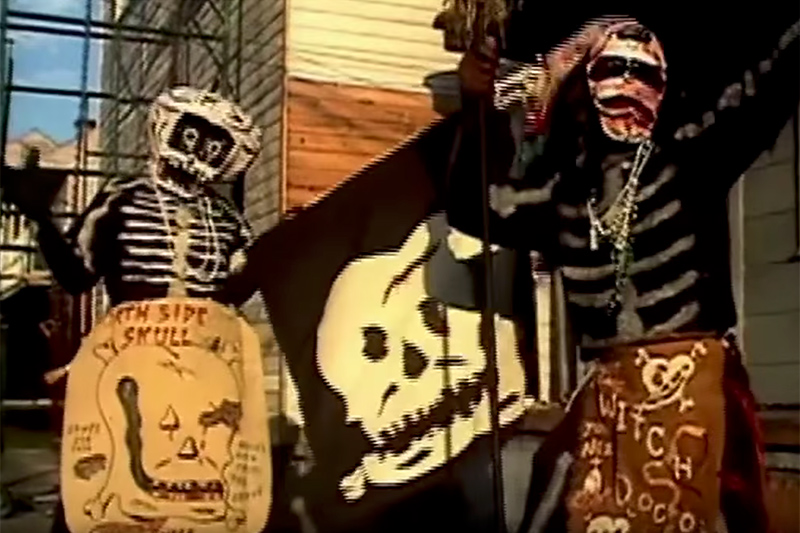 Royce Osborn's documentary, "All on Mardi Gras Day," will be screened at Newcomb Art Museum on Wednesday, Sept. 12. (Video still from documentary)

Newcomb Art Museum will mark the anniversary of filmmaker Royce Osborn’s passing last September and celebrate his life and artistic impact on New Orleans with a free public screening of his acclaimed documentary “All on a Mardi Gras Day.”

The screening takes place Wednesday, Sept. 12, at 7 p.m. in Freeman Auditorium with a reception following in Woodward Way.

“Royce Osborn’s love for New Orleans is evident from the first scene of ‘All on a Mardi Gras Day’ to the last,” said Tom Friel, Newcomb Art Museum’s coordinator for interpretation and public engagement. “We wanted to share this film with the Tulane and New Orleans community not only because it highlights an important side of the New Orleans story – one that cannot be overlooked during our tricentennial celebrations – but in viewing it gives everyone an opportunity to recognize and celebrate the importance of Osborn’s work.”

Osborn, a U.S. Navy veteran, was a New Orleans native and a graduate of the American Film Institute in Los Angeles. He is the recipient of many awards including two NAACP Image Awards, which he won in 2005 and 2009. But it was his 2003 documentary “All on a Mardi Gras Day” that garnered his popularity among New Orleanians.

Produced by WYES-TV, the film gives viewers an insider’s look at New Orleans’ black carnival. Mixing interviews with Big Chiefs, Zulu kings and other carnival maskers with archival footage and classic New Orleans music, “All on a Mardi Gras Day” has been described as “one of the best New Orleans documentaries ever produced.”

View a trailer of the film here.