|
Alicia Duplessis Jasmin aduples@tulane.edu
Print to PDF
When 22 Jump Street opens nationally on Friday (June 13), moviegoers familiar with Tulane University can play guess-the-location, as many of its scenes are recognizably on the uptown campus.
Set on the grounds of the fictional MC State University, the comedic sequel to 21 Jump Street stars Channing Tatum and Jonah Hill.

Arthur Nead of Tulane public relations witnessed the process from beginning to end. Before filming began, he says, several sets of location scouts visited campus, where they took photos and discussed what areas would fit the directors" vision.

“Deciding on a location is a pretty extensive process,” says Nead. “I met with the first set of scouts, followed by the production designers a few weeks later. The third and final group to visit included directors Phil Lord and Chris Miller.”

Ultimately, scenes were shot both inside and outside of Monroe Hall; in a professor"s office in Hebert Hall that looks out onto Gibson Quad; in Howard-Tilton Memorial Library; on McAlister Place near the Lavin-Bernick Center; on the Gibson Quad; on Newcomb Quad; and in Stern Hall, among other places.

“In one scene they"re filming in a professor"s office, and a choreographed recycling of passersby is taking place outside the window within the camera"s line of sight,” recalls Nead. “I"ll bet if you watch closely you"ll see the same extra walk by the window in a different direction.”

Scroll down to check out these images from the on-campus shoot that allowed several Tulane students to make their debut as movie extras! (Photos by Paula Burch-Celentano) 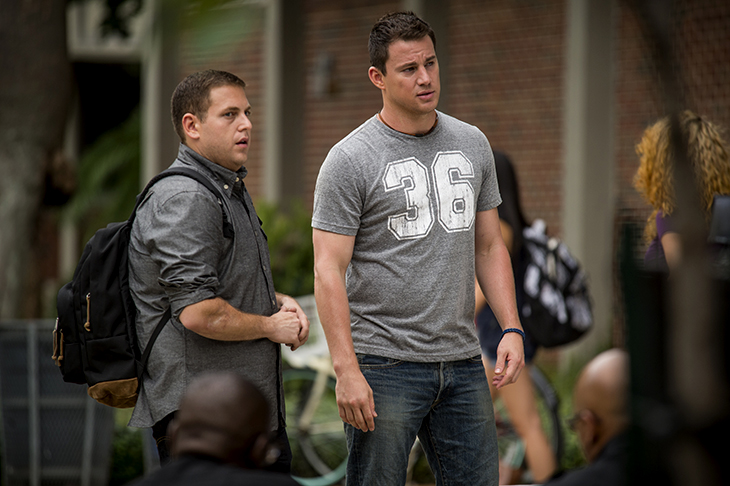 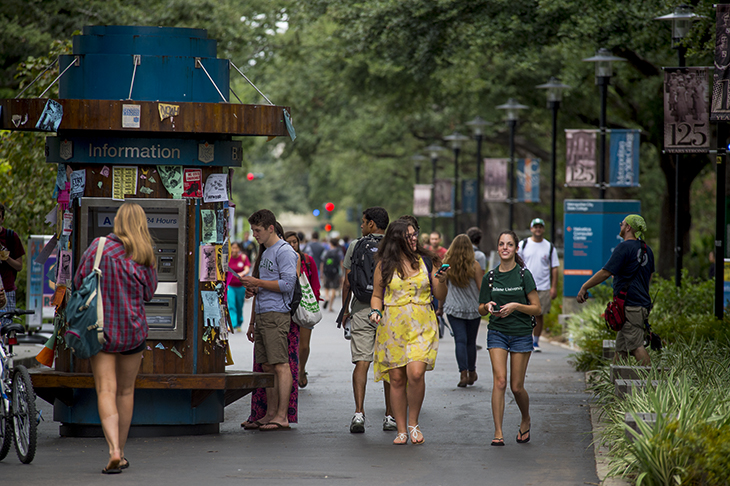 This kiosk is a prop complete with a faux ATM and faux fliers. It was built to be destroyed as it was purposely crashed into during a car-chase scene ... 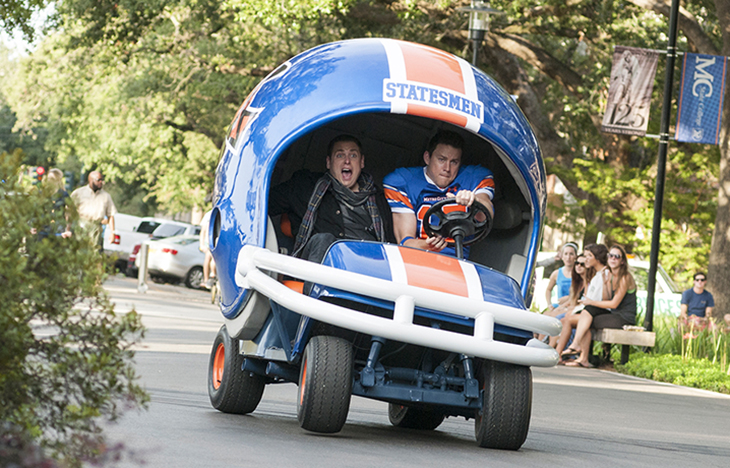 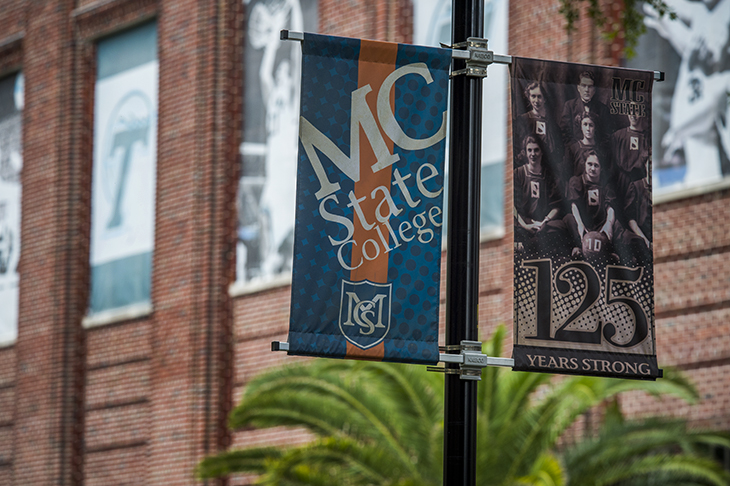 The Tulane campus was transformed into MC State with dozens of these flags. Look closely and you may see a Green Wave here or there. 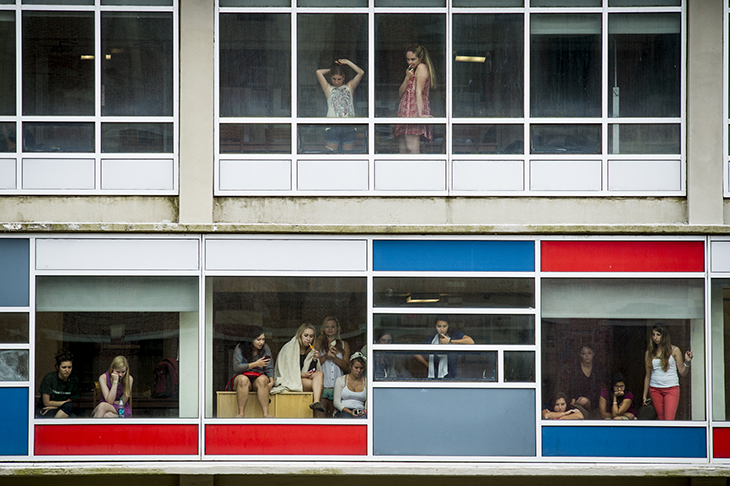 Students watch from Monroe Hall windows as the filming takes place below. 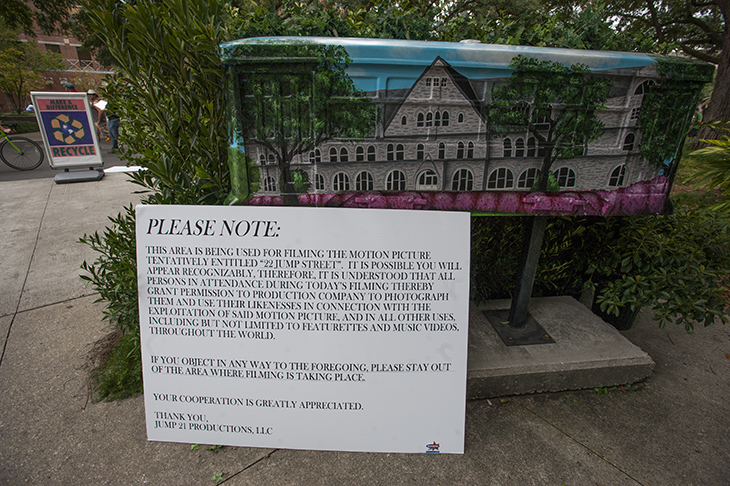 Warning ...you may become a movie star!

Do you have news for The Insider? Email today!