Is it ethical to use Nazi experiment results? 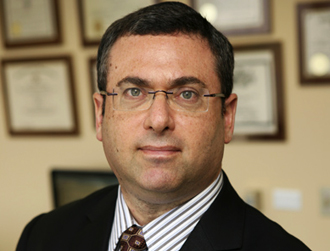 Following World War II, leading Nazi doctors were brought to justice at Nuremberg, Germany, after revealing evidence of sadistic human experiments at concentration camps. Since the Nuremberg trials, society has had to confront the reality that the Nazi doctors were guilty of premeditated murder masqueraded as research.

But what about the continued use of the Nazi doctors' medical research? Is it ever appropriate to use data as morally repugnant as that which was extracted from victims of Nazism? Is so, under what circumstances? Cohen will present these issues from a Jewish ethical perspective, using his trademark trial skills.

The lecture is sponsored by Tulane University School of Medicine as part of an ongoing series in connection with the “Deadly Medicine” exhibit on view at the National World War II Museum through Oct. 15. Tulane students can visit the exhibition free of charge.

The exhibition traces history from the early 20th-century international eugenics movement to the development of the Nazi regime's “science of race.” It challenges viewers to reflect on the present-day interest in genetic manipulation that promotes the possibility of human perfection.

“These issues and how they influenced fields like bioethics are topics of import,” says Dr. Benjamin P. Sachs, dean of the medical school.