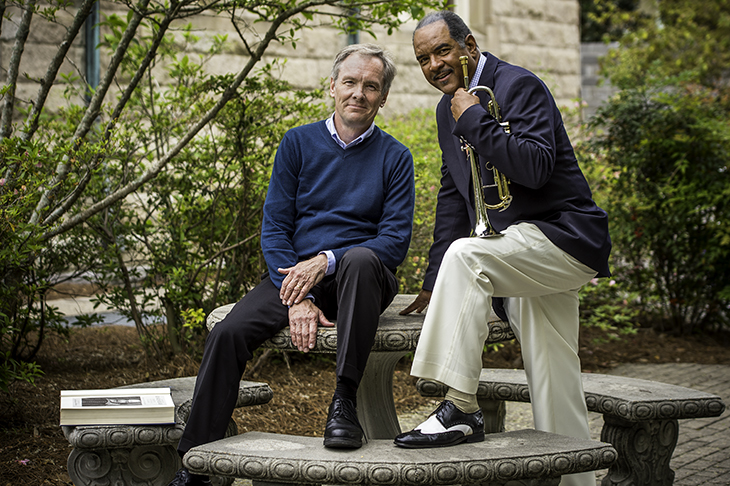 When the town of Stratford-upon-Avon commemorates the 400th anniversary of William Shakespeare’s death on April 23, the festivities will include a taste of New Orleans — in the form of a jazz funeral.

The Wendell Brunious Jazz Band will play an integral role in the celebration, all thanks to the Tulane University School of Liberal Arts and Tulane parent and New Orleans native Stuart Rose, the donor who is making the trip possible.

“The parade is going to move through the town of Stratford, Shakespeare’s birthplace, and to Trinity Church, then into the church where a wreath will be laid at the site of Shakespeare’s burial,” says Mike Kuczynski, chair of the Tulane Department of English and organizer of the trip.

“The parade is going to move through the town of Stratford, Shakespeare’s birthplace, and to Trinity Church, where a wreath will be laid at the site of Shakespeare’s burial.”

Kuczynski is the site director for the upcoming “First Folio! The Book That Gave Us Shakespeare” exhibition at the Newcomb Art Museum, opening May 9, and it is his passion for Shakespeare and jazz that led to the trip.

It all started over year ago when Paul Edmondson, head of research and knowledge at the Shakespeare Birthplace Trust in Stratford, met with Kuczynski in New Orleans. Kuczynski told Edmondson about Tulane University’s plans to apply to be the Louisiana host of “First Folio!” and, if successful, that he wanted to have a jazz funeral on opening night.

Kuczynski says Edmondson’s eyes lit up. “He said, ‘Over in the U.K., we love jazz. What are the chances that you could be in Stratford to do it on the anniversary itself?’”

Kuczynski was determined to make it happen, which meant finding a benefactor for the trip. Rose, a rare books collector who now lives in Dayton, Ohio, was thrilled to help.

“Stuart sees his involvement as a tribute to the unique culture of his hometown, to Tulane and its commitment to the humanities, and, of course, to Shakespeare,” Kuczynski says.

With funding secured, a grateful Kuczynski asked Brunious to assemble a first-rate band to perform. He joyously accepted. Two Tulane student musicians will be participating.

Brunious says he is humbled to have been invited. “To be identified with someone with such history and who was as influential as Shakespeare is such an honor.”