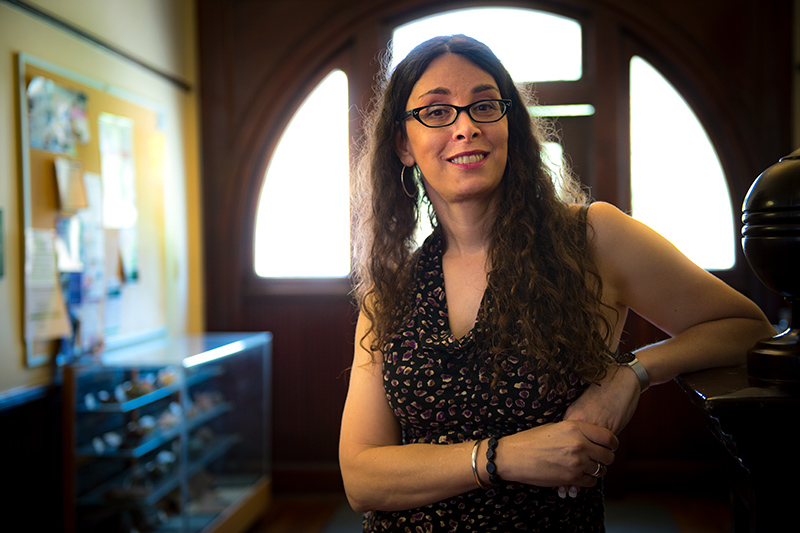 Karen Johannesson, a professor of geochemistry and chemical hydrogeology, will be presented with this year’s Outstanding Researcher Award during the 12th annual School of Science and Engineering Research Day, which will be held on Thursday, April 12, from 3–5 p.m. in the Lavin-Bernick Center. (Photo by Paula Burch-Celentano)

Karen Johannesson, a professor of geochemistry and chemical hydrogeology in the Department of Earth and Environmental Sciences, will receive the Outstanding Researcher Award Thursday, April 12, during the 12th annual School of Science and Engineering (SSE) Research Day.

A pioneer in the field of geochemistry, Johannesson will be recognized for her study of how trace elements cycle through the hydrosphere. Research Day takes place from 3–5 p.m. in the Lavin-Bernick Center’s Qatar Ballroom and Kendall Cram Lecture Hall.

Johannesson said that she was pleasantly surprised when SSE interim dean Mike Herman first announced that she would receive the award, which annually recognizes one faculty member’s achievement in publications, research funding and contributions to graduate education.

“I have worked with groundwater systems all over the U.S., India, Mexico and Canada.”

“I definitely was not expecting it,” she said.

Johannesson joined the university 10 years ago and previously received the Clair C. Patterson Medal of the Geochemical Society. She was honored as an International Association of GeoChemistry Fellow in 2014.

Her research focuses on environmental geochemical issues, specializing in chemical hydrogeology and biogeochemical cycling of trace elements, such as arsenic, selenium and tungsten, in the environment.

“I have worked with groundwater systems all over the U.S., India, Mexico and Canada,” said Johannesson.

During the event, Johannesson will give a talk outlining her current research efforts to an audience composed of SSE board members, faculty and students.

SSE Research Day will also include a presentation of student research posters and a reception.