Living and learning as faculty-in-residence 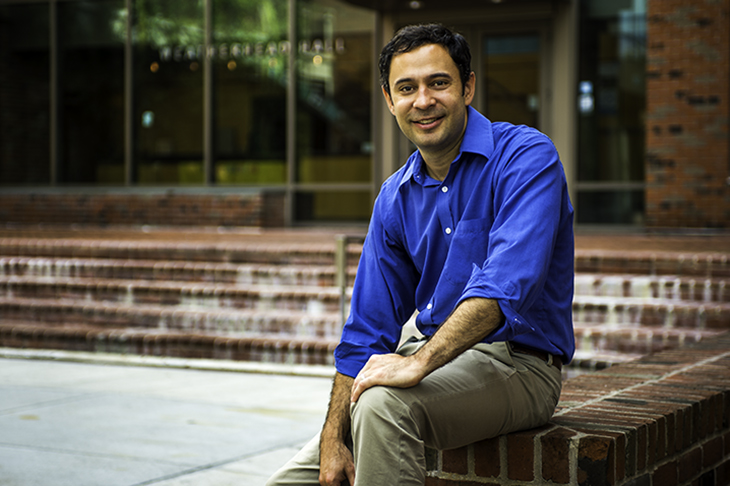 “We are probably noisier than our college-age neighbors,” says Michael J. Moore, the father of three young daughters, who is faculty-in-residence at Weatherhead Hall on the Tulane University uptown campus. (Photo by Ryan Rivet)

Michael J. Moore, associate professor of biomedical engineering at Tulane University, jokes that when he was an undergraduate in the 1990s, “I didn"t even want to go to a professors" office hours.” Now, he"s beginning his second year as faculty-in-residence at Weatherhead Hall.

Weatherhead is a living-learning community on the uptown campus.

Moore, who has been at Tulane for eight years, led his first roundtable in fall 2014. In the rousing conversation, he shared his perspective on the creative process, detailing how his hobbies as a music composer and writer influence his scientific research.

Moore"s Neural MicroEngineering Laboratory is at the forefront of the emerging field of organs-on-a-chip  his lab developed a 3-D, cell-based model that mimics living nervous system tissue. He is co-founder of a startup company, AxoSim Technologies, that seeks to commercialize the lab"s nerve-on-a-chip technology to pharmaceutical companies to aid drug development.

The Faculty-in-Residence Program allowed Moore to open his home last year to undergraduates for informal discussions on thought-provoking topics. This year, he looks forward to inviting undergraduates into his home for casual open houses.

When Moore first told his wife about the idea of living in a residence hall, “she looked at me like I was crazy,” Moore says. She agreed after visiting the spacious, modern, two-story apartment.

Moore says that he is typically asked whether it"s noisy to live in the midst of so many college students. But that hasn"t been an issue.

“We are probably noisier than our college-age neighbors,” says the father of three young daughters.

Mary Sparacello is a communications specialist in the Office of Development Communications.