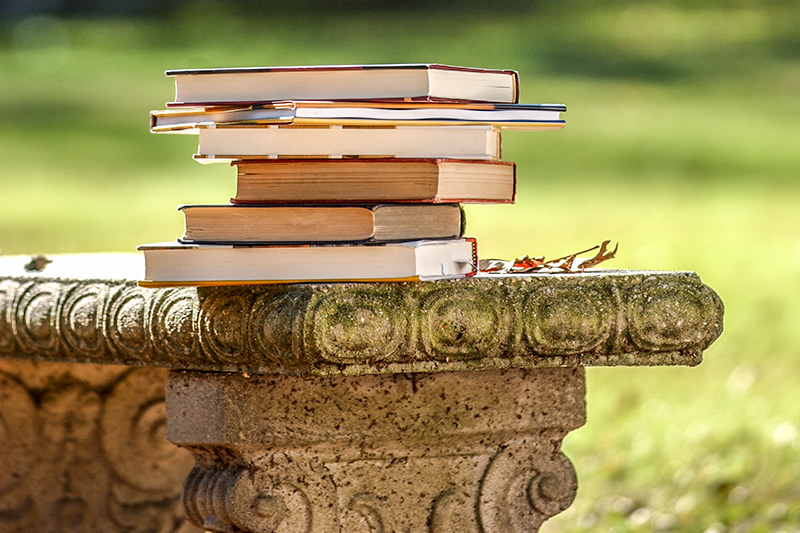 In celebration of the tricentennial of New Orleans, author, professor of creative writing and 'New Yorker' and 'New York Times' frequent contributor Thomas Beller examines writers who have helped him understand the contemporary city. (Photo by Paula Burch-Celentano)

You can never step into the same river twice, as Heraclitus wrote, and the same may be true of a book. Except in the famous aphorism it’s the river that’s always changing, whereas with books, it’s the reader. I have a highly subjective list of books set in New Orleans that are important to me. Some I tried to read before I got here, but I never was able to until I arrived. The city was the key to opening the book. And there’s a book I read before I got here—when I read it the second time around from within the landscape in which it is set, I realized, the book was the key to the city, or at least one particular neighborhood.

In the months before I moved to New Orleans in fall 2008, I reached out to people in the world of publishing to ask for reading recommendations to help me get the lay of the land. An editor at the Sunday New York Times Magazine referred me to an article by Michael Lewis, “Wading Towards Home,” which had appeared three years earlier in October 2005. The piece is about Lewis’ visit to his hometown in the immediate aftermath of Katrina. Yet, despite the topical nature of the subject, it is his thoughts on the nature of time in New Orleans that have stayed with me.

“There’s a fine line between stability and stagnation, and by the time I was born, New Orleans had already crossed it,” is the faintly Tolstoyan lead.

“The act of reading a book is only partly about picking it up. The larger task is not putting it down.”

On revisiting the article I see that the next lines of the piece have also stayed with me: “The difference between growing up in New Orleans, starting in 1960, and growing up most other places in America was how easy it was to believe, in New Orleans, that nothing meaningful occurred outside it. No one of importance ever seemed to move in, just as no one of importance ever moved away.”

An interesting observation coming from someone who moved away.

Walker Percy is one of the most well-known and accomplished novelists who lived for many years in New Orleans and Covington, Louisiana. In addition, he is responsible for shepherding to publication perhaps the most well-known New Orleans novel, A Confederacy of Dunces, whose author, John Kennedy Toole, [a Tulane College of Arts & Sciences 1958 graduate] had killed himself by the time Percy was presented with the manuscript by Toole’s mother.

Percy’s The Moviegoer won the National Book Award in 1962. I was told he is essential reading for someone interested in New Orleans. If you are a writer, let alone a professor of creative writing at Tulane, The Moviegoer is a must read.

I haven’t read it. I tried a couple of times, but put it down after a few pages in each instance. This says more about the reader than the book.

I see that among the other books on the long list for the 1962 National Book Award are Salinger’s Franny and Zooey, Heller’s Catch-22, and Yates’ Revolutionary Road. I’ll let the Salinger slide on the grounds of its general weirdness and the way Zooey gets a bit wobbly. But Catch-22 and Revolutionary Road are among my favorite books. There is no way The Moviegoer is going to be better than either of those books. No way it is close. I don’t really think like this; I’m just trying to psych myself up so that I give it another try.

Then I made friends with a nun who teaches literature at St. Joseph Seminary in Covington. I paid a visit to Sister Jean one day when I’d driven my daughter across the lake to ride her horse. Sister Jean took us to lunch and showed us the grounds.

At the end, Sister Jean asked if I had read Percy. When I confessed to her my sin of not having read The Moviegoer, she didn’t chastise me but expressed a brief moment of pity followed by an effusion about the book.

Upon hearing her recommendation, her pity for me at having not yet read it, and her anticipation that I soon would, I recommitted to reading the book. It sounds ridiculous to hyperventilate so much in anticipation of reading a book, I know, when all one has to do is pick it up and open it.

(Also, find it, but that is another matter.)

When I first picked up A Hall of Mirrors— Robert Stone’s first book, set in New Orleans during the 1960s civil rights era—I read its first pages about a young, rather lost-sounding man named Rhinehardt on a Greyhound bus on the Gulf Coast heading toward New Orleans. It’s night and Rhinehardt is sharing a bottle of whiskey with his seatmate. Then the bus arrives in New Orleans and … down went the book.

Who knows why I stopped reading that first time? One stops reading books for all kinds of reasons, only some of them literary. I gave A Hall of Mirrors several other tries and never got much further than the opening scene. Then I moved to New Orleans. When I next tried, the book opened up to me. There is so much insight into the structure and mood of New Orleans, both its street life and also the less visible architecture of the decision-making that informs those streets.

There are passages set in the French Quarter, and in one of the city’s housing projects; there are do-gooders, drifters, locals of good repute and bad. There is a passing reference to chicory coffee. I don’t recall much description of foliage, but the lush, enveloped nature of the city, once I had seen it myself, felt implicit in the prose.

But the book’s pleasure is found not in snapshot of a society on the cusp of violence but in its insight into character and the enveloping nature of the place.

I kept Rich Cohen’s work at arm’s length because I was so annoyed with his first book, Tough Jews, for reasons that were wonderfully spelled out by the Italian-American critic Albert Mobilio in his Village Voice review. Short version: Being ethnically associated with mobsters is a nightmare.

The Fish That Ate the Whale is a drama about a man named Samuel Zemurray, who built a fortune selling bananas—and became a major benefactor to Tulane University. Much of the action is set in New Orleans, along with the Central American countries that were once called banana republics. One of Cohen’s great talents is to imbue a journalistic story with a sense of nearly breathless intimacy and immediacy.

Zemurray is, in a way, a stand-in for Cohen’s Brooklyn grandfather, another self-invented figure. They seem to be fighting for survival even when they have made millions. This sense of desperation animates Cohen’s prose with results that are often beautiful.

Somehow, reading Cohen, you feel like life is fleeting and you have to gulp oxygen to stay alive.

I read Ellen Gilchrist’s first book, In the Land of Dreamy Dreams (published in 1981), straight through on my first encounter. This was years before I moved to New Orleans. The Southern city in which the stories were set was a kind of character in the book, but I imbibed its atmosphere without context.

Then one day, in my first weeks in New Orleans when I was spending a lot of time just driving around aimlessly looking at the houses and the people and everything else, I passed the New Orleans Lawn Tennis Association. I came up Laurel Street, which leads more or less right into its front gate, and made a left on Jefferson Avenue. I drove for about 2 seconds and then stopped. What had I just passed? Why was it so familiar? I backed the car up and stared at the entrance for a while. It all came back to me in a rush, a work of fiction I had read years earlier whose setting was suddenly presented to me in real life.

The book’s title story, and the reason for my abrupt stop on Jefferson Avenue, begins with a young woman on the Huey P. Long Bridge, throwing “two Davis racquets and a gut strung PDP tournament racquet into the Mississippi River.” After that come the tennis balls. She is giving up tennis, her life passion, in a fit of disgust at herself.

I re-read the story with my newfound sense of landscape and context. If I had to recommend one book both for pleasure and for insight into postwar New Orleans, In the Land of Dreamy Dreams would be at the top of the list.

Thomas Beller is an associate professor of English at Tulane. He is the author of Seduction Theory, a collection of stories; The Sleep-Over Artist, a novel that was a New York Times Notable Book and Los Angeles Times Best Book of 2000; How To Be a Man: Scenes From a Protracted Boyhood, an essay collection; and J.D. Salinger: The Escape Artist, a biography that won the New York City Book Award for Biography/Memoir. He is a frequent contributor to The New Yorker’s Culture Desk, The New York Times and Travel + Leisure magazine.