National columnist and author Joe Klein will be on the Tulane University campus on Wednesday (March 11) to kick off the new Newcomb-Tulane College lecture series. 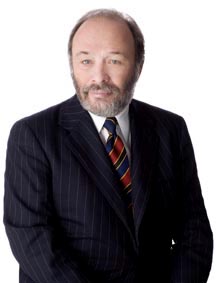 Joe Klein, political columnist for Time magazine and noted author, comes to the Tulane campus on Wednesday (March 11) to give a lecture on “The Obama Administration and the World.”

Klein, a columnist for Time magazine and author of the best-selling political novel Primary Colors will speak on “The Obama Administration and the World” at McAlister Auditorium at 7 p.m. The talk is free of charge and open to the public.

One of America's best-known political journalists, Klein writes a weekly Time column, “In the Arena,” covering national and international affairs, from Washington to Europe and the Middle East. As “Anonymous,” Klein wrote the top bestseller Primary Colors, which The New York Times Book Review called “one of the best political novels to appear in the latter half of the 20th century.” The book was made into a major motion picture starring John Travolta and Emma Thompson.

Other books written by Klein include the The New York Times bestseller The Running Mate, The Natural: The Misunderstood Presidency of Bill Clinton and Politics Lost: How American Politics Was Trivialized By People Who Think You're Stupid.

A self-described “political junkie,” Klein is a former Guggenheim Fellow and a member of the Council on Foreign Relations. He appears frequently on “Meet the Press” and “The Chris Matthews Show.”

Klein's talk is the first in what will be an annual program by Newcomb-Tulane College that brings a prominent public figure to campus to speak on a timely subject.

Organizers of the lecture series hope to bring in speakers who can inspire students and members of the community to have a greater level of engagement with the world around them. Speakers will be selected from a wide variety of disciplines such as the arts, humanities, social sciences and sciences.