Watch staff from the Tulane National Primate Research Center collect ticks to propagate as part of its Lyme disease research. The ticks are exposed to the bacteria that causes Lyme disease in an effort to prevent, treat and cure the disease. (Video by Roman Vaulin) 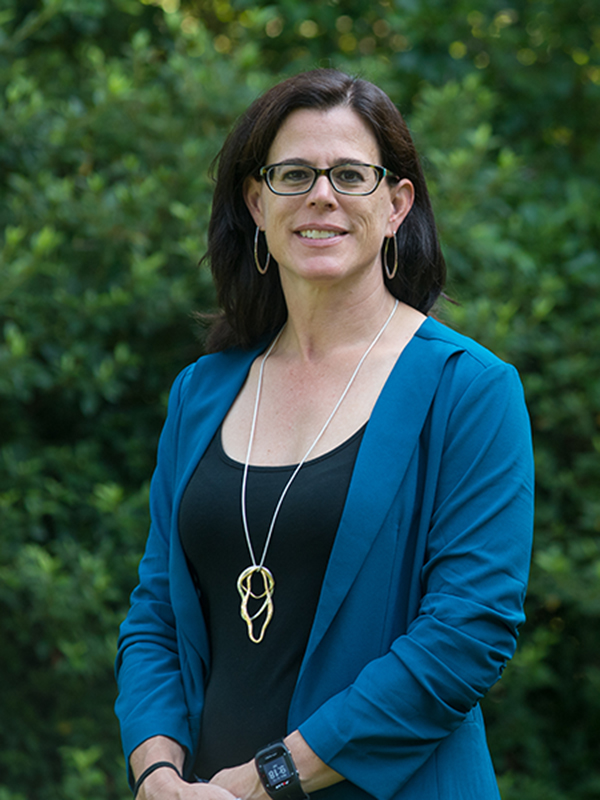 Unlike many bacterial infections, antibiotic treatment for Lyme disease often fails. And the people who suffer from long-term or post-treatment Lyme disease may be frustrated that they don’t get better sooner, or at all. Monica Embers, associate professor of microbiology and immunology and director of Vector-Borne Disease Research at the Tulane National Primate Research Center, studies Borrelia burgdorferi, the bacteria that causes Lyme disease. She recently shared insights from her research with the On Good Authority podcast.

Embers’ research centers on finding antibiotics that are effective against persistent Lyme disease, innovative therapies that fight the infection, better diagnoses and eventually a cure for the infection. She is also a member of the Department of Health and Human Services’ Federal Tick-Borne Disease Working Group, a DHHS division that provides a report on Lyme and other illnesses every two years.

Post-treatment Lyme disease is still a mystery to many physicians, especially since a delayed diagnosis makes it that much harder to treat.

“The bacteria become tolerant to the antibiotic … and they become dormant and hide out in tissues. And so, the antibiotics that we use aren't actually killing the bacteria. They're only acting on actively dividing bacteria and relying on the immune system to clear the infection,” Embers said, adding that three organ systems are often affected: joints, heart, and the brain and central nervous system — leading many patients to complain of cognitive difficulties and fatigue.

That’s where Embers hopes her research will make a difference. “We study persistence. The work that we have done in non-human primates has shown that doxycycline, which is the most commonly prescribed antibiotic for Lyme disease, is unable to cure the infection, especially when the subjects are treated later in the infection … What are these bacteria doing to persist in the host, if they’re not being cleared by the antibiotic treatment?”

A recent study found 14% of people across the world have had Lyme disease. And even with tens of thousands of new cases reported every year, health experts fear the disease is significantly underreported.

The personal toll of post-treatment Lyme disease helps drive Embers’ research. She hears from patients every week who are eager to find a cure for their loved ones or themselves.

“Having the ability to meet with patients when I go to conferences, hearing from them by email … it motivates me like nothing else,” Embers said. “I've had people who are so sick that they want to donate their tissues to my lab. And that breaks my heart. I tell them, ‘I really want you to get better. I don't want your tissues. That's my goal, to prevent that from happening.’”

Listen to more of Monica Embers’ interview on the On Good Authority podcast here. 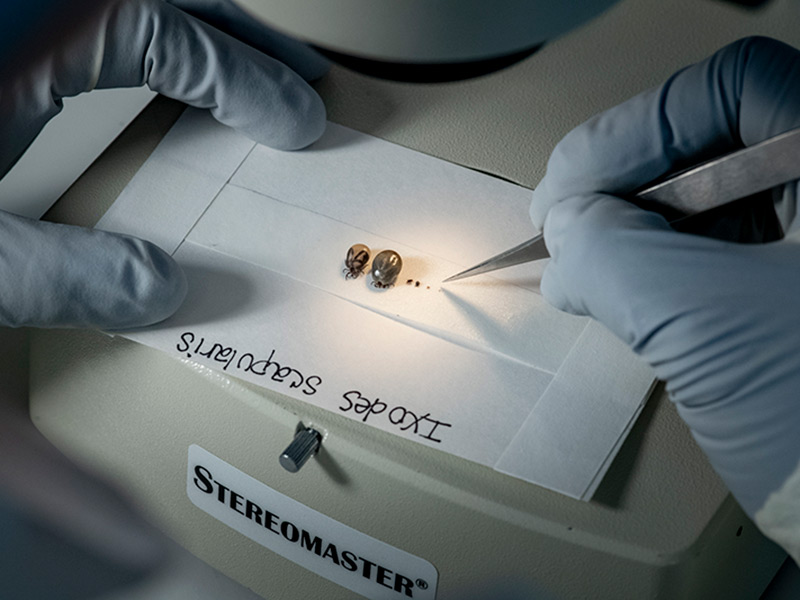 A technician at the Tulane National Primate Research Center in Covington, La., compares the different stages of the life cycle of the deer tick. In the Vector-Borne Disease Research program, ticks are used in the development of potential Lyme disease diagnostics, vaccines, and treatments. (Photo by Paula Burch-Celentano)