Medical school alumnus has a 'heart of gold' 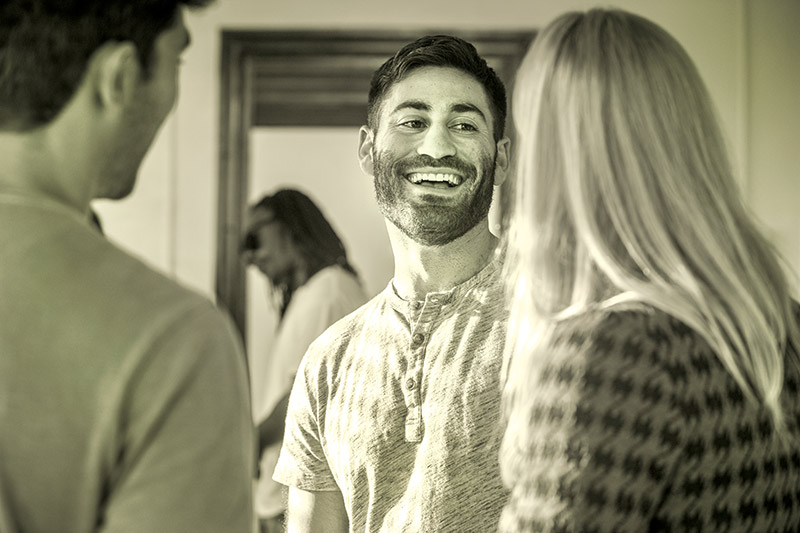 Dr. Peter Gold (SLA ’12, M ’16) and his closest friends from Tulane are building a ‘Strong City’ to stop the violence. (Photo by Paula Burch-Celentano)

Editor's note: This article appeared first in the June 2017 issue of Tulane magazine.

It was still dark in the early morning hours of Nov. 20, 2015, when fourth-year medical student Peter Gold was driving down Magazine Street and noticed something clearly wasn’t right.

At 4 a.m., the street was desolate except for two figures stumbling in the distance. A woman struggled under the arms of a man whose face was cloaked by a hooded sweatshirt. Her legs flailed as he dragged her forward onto the sidewalk toward a nearby vehicle.

Gold slowly backed his car up to get a better look and made a split-second decision.

“You don’t think,” he said. “You’re in that situation, and it’s an immediate fight-or-flight response. Somebody had to do something, and I was there.”

Gold sped toward the two, dashed out of his car and confronted the assailant, who released his grip on the woman. At that moment it became clear. The man had a gun.

What happened next would make headlines around the world. When Gold approached the man, he ended up getting shot in the stomach. It may have been luck, a miracle or the invisible hand of fate but when the gunman tried to fire again, his weapon refused. It jammed at least three times before the man gave up and drove away, leaving both Gold and the woman on the sidewalk.

“I didn’t black out or pass out,” Gold said. “I remember everything.”

A nearby surveillance camera did too, capturing high-definition footage of the whole incident. The good Samaritan medical student from Tulane became an international hero.

Continue to the full article.