By day a mild-mannered micropaleontologist with an interest in sea levels and ancient sediment, in his free time Barry Kohl acts as a “catalyst” to bring nongovernmental organizations, industry and state agencies together in the fight to remove mercury from the environment. 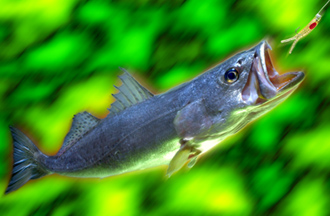 It's an important cause for Barry Kohl, adjunct professor in earth and environmental sciences  fighting to remove mercury from Louisiana's environment so that locally caught fish will be safe to eat. (Photo illustration by Jackson Hill)

Mercury-containing pressure gauges in the natural gas fields, coal-fired power plants and chlorine plants are among the sources of mercury that concern Kohl, an adjunct professor in the Department of Earth and Environmental Sciences in the Tulane School of Science and Engineering.

In 1994, Kohl became concerned about high levels of mercury in the sediment and fish of the Pearl River, a popular fishing spot in Louisiana where people had little knowledge of mercury contamination. He took his concerns to the legislature.

“We are supposed to be the 'Sportsman's Paradise.' With 43 fish advisories and with signs posted all over the state warning about the fish, it's not something that we can boast about,” says Kohl, acknowledging the bittersweet success of his advocacy.

“Mercury is a significant health issue. The only way to control it is to stop it being discharged into the soil and the air and to clean up existing sources,” he says.

Methyl mercury affects brain and nervous system development in unborn babies and young children, which is why advisories warn that pregnant women, breastfeeding women and young children should not eat locally caught fish.

Kohl played a role in securing ongoing funding of $200,000 a year for the Louisiana Mercury in Fish Project, the passage of the 2006 Mercury Reduction Act and the publication of the “Mercury Risk Reduction Plan,” parts of which Kohl edited.

“It's the outside participation through professors and nongovernmental organizations that is getting the state agencies to address the issues,” explains Kohl, who defines his role as a catalyst. “With any good government you have to have the public involved. I have the science background, and I can offer ideas about procedures to clean up contaminated sites in the state.”

One of Kohl's priorities is developing a timely procedure for industry to use in cleaning up the estimated 20,000 mercury-containing pressure gauges throughout the state's natural gas fields. Kohl calculates that there are nearly 200,000 pounds of mercury in those gauges, many of which are abandoned and leak mercury into the state's wetlands.

People who are interested in helping to reduce mercury and mercury exposure can get involved by joining advocacy groups, says Kohl, who points out that mercury is not only a Louisiana issue but a national and global concern.