Tulane University plans to open its second satellite campus in the state of Mississippi in spring 2010, with first classes by its School of Continuing Studies starting next summer in the city of Madison, located north of Jackson, Miss. 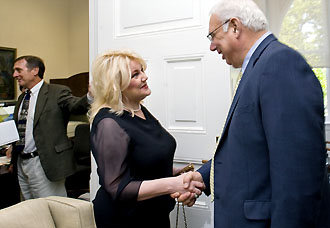 The expansion came after discussions with eight-term Madison Mayor Mary Hawkins-Butler and city officials who wanted to attract a university to their growing planned community of nearly 30,000 people. The mayor first discussed the idea with Steve Vassallo, who handles economic development for the city, but as Vassallo says, "She didn't want just anyone. That led us to your doorstep."

The classes could draw from a population of 600,000 living within a half-hour's drive. "When I saw the city's demographics and profile I was quite impressed," says Rick Marksbury, dean of the School of Continuing Studies.

In June, the Mississippi Commission on College Accreditation approved Tulane's plan. Marksbury said the city of Madison plans to renovate a wing of the former elementary school in the heart of town to house university offices and classrooms.

Tulane President Scott Cowen adds, "Madison has an accomplished mayor with a demonstrated commitment to education and community building. We look forward to expanding Tulane's presence in Mississippi and working with the Madison community."

Based on the results of a survey of Madison citizens, Marksbury is planning to offer courses in business, applied computing, journalism and liberal arts.

"We have a three-year arrangement to see what it's like, what the students' interests are and what the reception is," adds the dean, who intends to hire staff by next April and plan a summer school. The school also operates a campus in Biloxi, Miss.

Hawkins-Butler, the longest-serving female mayor in the nation (29 years), says, "Madison has very high standards and so does Tulane. You will see Madison embrace this great university. "