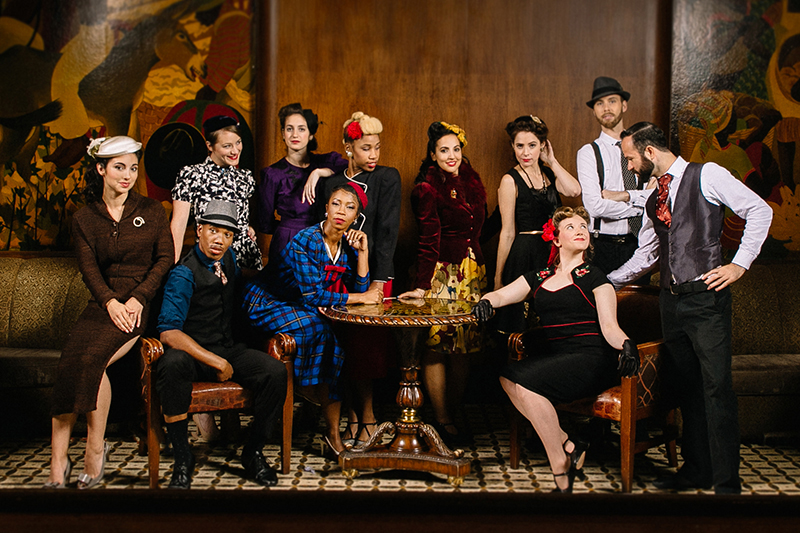 Mélange Dance Company invites audiences to witness HerStory, as their new production pays tribute to groundbreaking women — from the suffragettes at Seneca Falls to those who took on traditionally male jobs during World War II. Locals can catch 8 p.m. performances at the Ashé Cultural Arts Center (1712 Oretha Castle Haley Blvd.) from Thursday (Nov. 10) through Saturday (Nov. 12) and a 6 p.m. show on Sunday (Nov. 13).

“The company’s name references our mélange of dancers, who bring their different dance styles together to create meaningful work,” said Ordonez, the company’s artistic director.

“The company’s name references our mélange of dancers who bring their different dance styles together to create meaningful work.”

When conceptualizing the new show, Ordonez focused on creating relatable contemporary choreography to ensure an enjoyable experience for audience members.

“Sometimes, people get turned off from modern dance. They worry that they won’t understand it if they’re not an arts person. But this show’s narrative is easy to follow through the movement, and the iconography will resonate with people,” said Lambert, the company’s executive director.

The show developed from Ordonez’s reimagining of the Storming of the Sazerac, when in 1949 a local group of women demanded to be served at the Roosevelt Hotel’s men-only Sazerac Bar.

“I knew I wanted to do a tribute to this important part of New Orleans’ history. The production is based on the reason behind why the storming happened,” said Ordonez.

As the show’s concept grew, Ordonez created numbers exploring the three waves of feminism and the relentless fight for gender equality.

“The pieces take you through a range of emotions. This show shifts in mood from extremely moving to extremely motivating,” said Lambert.