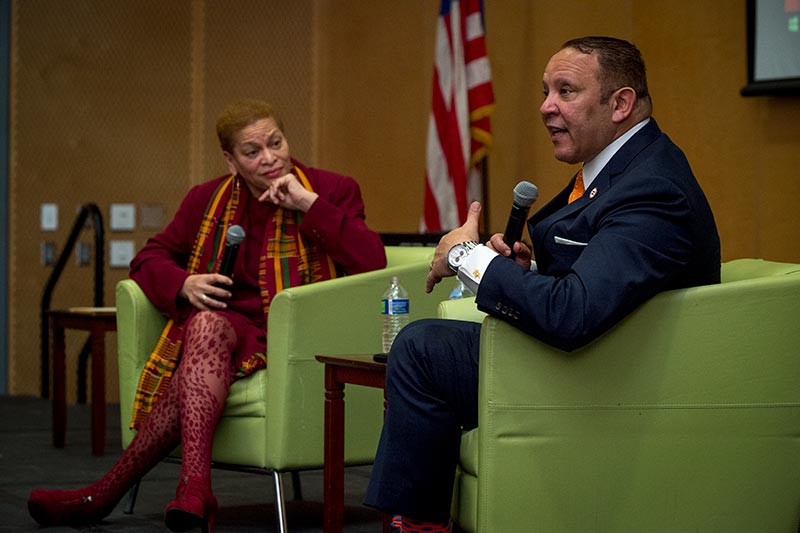 Tulane University hosted a spirited conversation between two powerhouses in the field of economics, as local community members gathered to hear Marc Morial, National Urban League president and former mayor of New Orleans, and labor economist Julianne Malveaux analyze the relationship between race and economics under the Trump administration.

The event was part of the Conversations in Color speaker series presented by the Amistad Research Center and the Office of Multicultural Affairs.

While covering pressing issues like the origins of the Electoral College and public policy’s role in fighting poverty, the duo also discussed the benefit of reducing the income gap between white and black Americans.

“It’s important to recognize that some of the deeper challenges faced in America related to violence have significant economic underpinnings.”

“The benefit would be improving overall economic growth. It would play a large role in healing many socioeconomic disparities,” said Morial.

Morial also said that while the media constantly discusses Chicago’s problems with violence, there is little mention of the approximately 50,000 manufacturing jobs that the city has lost within the last decade.

“It’s important to recognize that some of the deeper challenges faced in America related to violence have significant economic underpinnings,” said Morial.

As the event drew to a close, Tulane University President Michael Fitts took the stage for a surprise presentation dedicated to Marc Morial’s mother, author and Amistad board member Sybil Morial.

“In 1954, after Brown v. Board of Education ordered the desegregation of the nation’s schools, Sybil Morial received a dare from her then-boyfriend, ‘Dutch’ Morial, that she should go apply to Tulane to see if they would let her in,” said Fitts.

Morial applied for graduate school at Tulane and was able to attend three weeks of classes before being asked to leave the program due to her race.

“To say that she overcame this rejection would be a tremendous understatement,” said Fitts, noting that she eventually served on the President’s Council of Tulane for former university presidents Eamon Kelly and Scott Cowen.

“I thought this would be the perfect opportunity to do the right thing — to remedy that wrong,” he said, presenting Morial with the title of honorary Tulane alumna.

Graciously accepting the honor, Morial said, “After I left, I heard from (a fellow Tulane student), and he said, ‘We heard what happened, and I’m sorry about that.’ I said, ‘Well I’m not sorry. We made one step forward,’ ” she said. 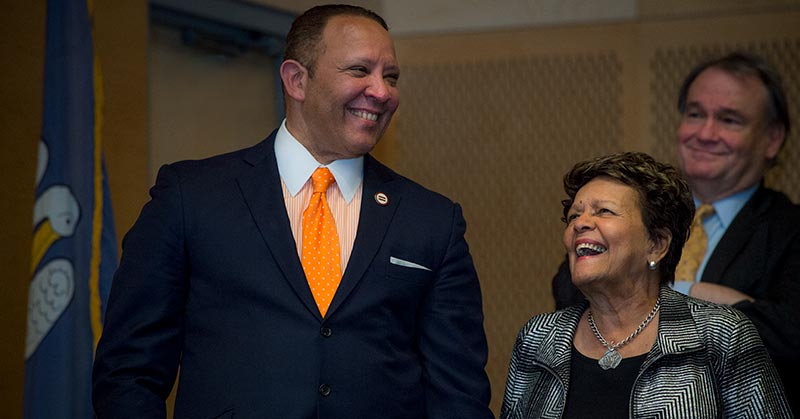