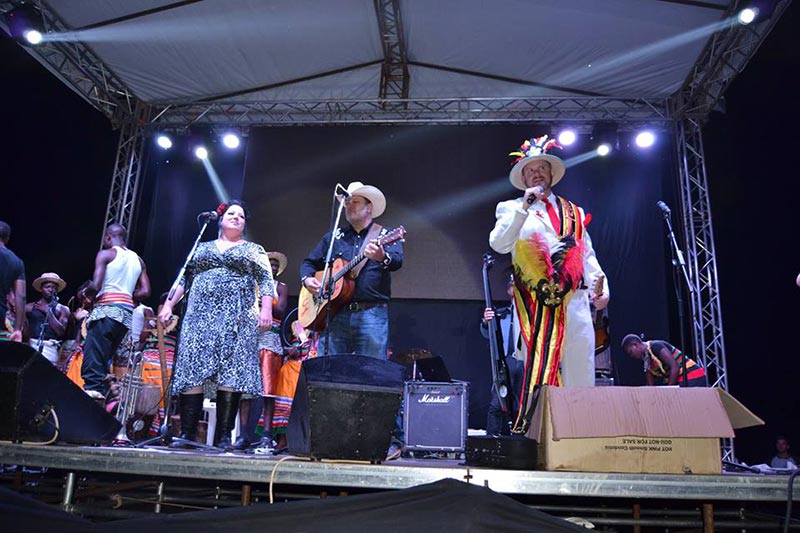 Andrew Ward, right, is the chairman and also a performer at the HIV Awareness Music Project-Entusi concerts in Uganda, which take place this month. (Photo from Andrew Ward)

When Andrew Ward talks about the “New Orleans model,” he isn’t talking about hurricanes. He means the enthusiasm with which New Orleanians gather for music. Ward used that model to put together a free music festival in Uganda that also helps hundreds of people get tested for HIV.

More than 100 musicians will promote HIV prevention and awareness at the third annual HIV Awareness Music Project-Entusi this month in Lira and Kabale, Uganda. About 7 percent of Ugandans are HIV positive, and social stigma often prevents them from discussing it or getting treatment.

Ward, who graduated from Tulane University with a doctorate in international development, wondered whether a public health outreach might work within a musical agenda.

The festival’s message was clear: Know your HIV status. It went over better than expected: More than 800 people were tested the first year. They ran out of kits. This year the festival will have at least 4,000 HIV tests ready.

Ward, who is also the media and public policy manager for Odyssey House Louisiana, hopes to apply some of the lessons learned in Uganda to public health outreaches in New Orleans. As festival chairman, he oversees logistics, research, music programming and the medical setup, in partnership with Denver’s Global Livingston Institute.

His reputation is wider than that. “On the ground, they gave me a wonderful name in the dialect of Ruchiga,” he said, “ ‘Mutamba Irungu.’ It means ‘breaker of boredom.’”