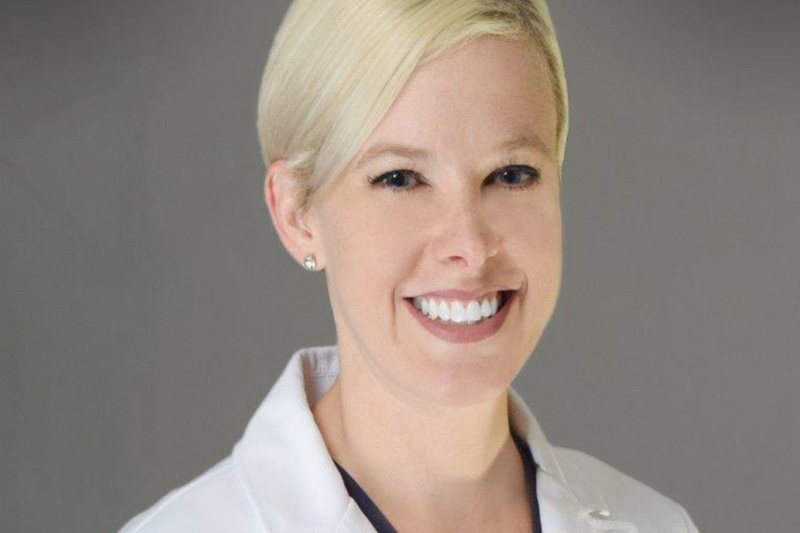 January is Cervical Cancer Awareness Month and Gynecologic Oncologist Jessica Shank, MD, is on a mission to raise awareness that this cancer is preventable.

"In New Orleans, cervical cancer rates are more than double that of the rest of the country," said Shank. "This is a cancer that can be prevented with regular Pap smear screening and the human papillomavirus (HPV) vaccine."

"I'm looking for outreach opportunities to de-stigmatize HPV as a sexually transmitted infection and make patients and parents aware that they have these options, especially now that more people are insured."

"In places with socialized health care or closed healthcare systems, like Australia, cervical cancer has been virtually eliminated, because everyone gets the vaccine and everyone gets screened. We could do this in the U.S. As a country, we need to realize it's much cheaper to prevent cancer than to treat it once it occurs."

Dr. Shank's recent arrival at Tulane is actually a homecoming. "I'm from Louisiana," she said. "I fell in love with this city as a Tulane undergrad and med student."

She attended Tulane Medical School as a commissioned naval officer with a Navy Health Professions Scholarship. She then completed internship and residency in Obstetrics and Gynecology at Naval Medical Center San Diego (NMCSD), followed by a Gynecologic Oncology Fellowship at the University of Michigan. She then served as a staff gynecologic oncologist at NMCSD for five years before retiring from the Navy.

We're all in
From elections to holiday shopping safety, faculty make headlines
From law to linguistics, Tulane faculty make national headlines
From maritime law to marijuana, all in a week’s news
Tulane team releases guide to best local food and nutrition work