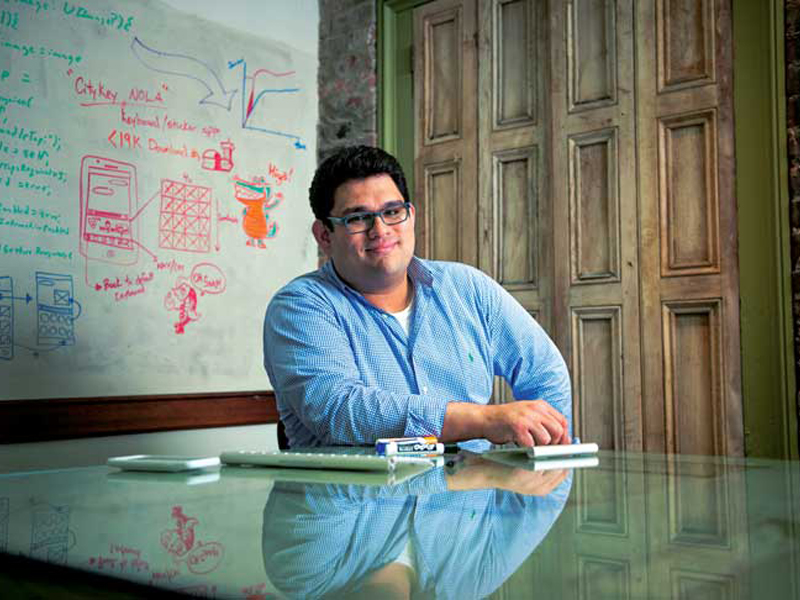 Barrett Conrad, owner and founder of CotingaSoft, says people in the tech community in New Orleans are on each other’s side. (Photo by Paula Burch-Celentano)

Coming Wednesday (May 25): Women in tech at Tulane University.

The technology industry has arrived in New Orleans. And by all accounts, it is booming.

From a painted-white brick building in Metairie to a venerable location near Mother’s Restaurant in the Central Business District, high tech is here to stay and spreading out.

“ ... Technology is about people. It absolutely is. No technology is built just to be built and do nothing.”


The growth of the technology sector of the New Orleans economy has been “massive.” That’s how Neel Sus, owner of Metairie-based Susco Solutions and a 1999 Tulane engineering graduate, describes it.

A study released last year by Greater New Orleans Inc., a regional economic development organization, reported that the knowledge-based sector of the New Orleans economy increased by 37 percent from 2007–2015.

Sus has been in on the growth since the start. After graduating with a degree in mechanical engineering, he went to work for Avondale Shipyards, eventually moving from engineering projects to internal work process improvements, including the creation of Avondale’s first digital work order system, among other things.

Like every New Orleanian, transplant or native (Sus came to Tulane from South Carolina), he had his “and-then-Katrina-happened” moment.

“It’s at that point that I decided that I wanted to be part of New Orleans long-term. If you think about this city, we had two choices after Katrina. We could either become a quaint tourist town like Charleston with a rich history but not particularly high growth or become like Denver. A city that reinvents itself.”

Sus wanted to be involved in an American city reborn. “I fell in love with the idea,” he says, “so I started Susco.”

Susco has a dual identity. First, it’s a company that provides the service of digitally automating workflows, which goes back to Sus’ internal-process-improvement days. Second, it does web development and mobile apps. In 2010, Susco was one of the first companies to get into mobile development for iPhone.

This story originally appeared in the March 2016 issue of Tulane magazine.