Calling New Orleans “the canary in the global warming coal mine,” two Tulane professors say the Crescent City must embrace unconventional thinking in order to recover in a sustainable way from Hurricane Katrina while withstanding a continual threat from rising sea levels, diminishing wetlands and future storms. They stress that the No. 1 priority for Louisiana should be to combat global warming and accelerated sea-level rise. 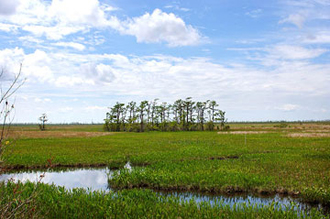 In the commentary “Sustaining Coastal Urban Ecosystems” published in the latest issue of the London-based journal Nature Geoscience, TorbjÃ¶rn E. TÃ¶rnqvist, associate professor in the Department of Earth and Environmental Sciences, and Douglas J. Meffert, deputy director of the Tulane/Xavier Center for Bioenvironmental Research, also say New Orleans must concentrate more of its population on the 50 percent of its land mass that lies above sea level.

“New Orleans could accommodate more than 300,000 residents above sea level, which by U.S. Census Bureau estimates is approximately the current population of the entire city,” the authors write, citing a recent demographic study by colleague Richard Campanella, assistant research professor in the Department of Earth and Environmental Sciences.

“The population density in New Orleans immediately before the exodus caused by Hurricane Katrina was only about 2,500 residents per square kilometer. By comparison, the present-day population density in Amsterdam, the Netherlands, a city in a broadly similar environmental setting, is almost 4,500 residents per square kilometer.”

TÃ¶rnqvist and Meffert also point out that much of the city's above-sea-level land remains vacant and undeveloped while urban sprawl continues in areas known to flood. Urban sprawl in flood-prone areas should be banned, they say, in New Orleans as well as in vulnerable areas nationwide such as St. Louis. On the other hand, rebuilding efforts in floodplains should be restricted to raised, storm-resistant structures like those featured in Brad Pitt's Make it Right project.

The professors also contend that efforts at wetlands restoration are currently “miniscule” and need to be ramped up, along with a better understanding of the role rising sea levels play in exacerbating the devastation brought on by hurricanes.

“A concerted effort to restore and transform a coastal urban center whose functioning is inextricably tied to its surrounding natural ecosystem can only lead to new knowledge and understanding that will prove critical once comparable conditions confront Shanghai, Tokyo and New York City,” the authors write.

Nature Geoscience is a monthly, multi-disciplinary journal aimed at bringing together top-quality research across the spectrum of the earth sciences along with relevant work in related areas.