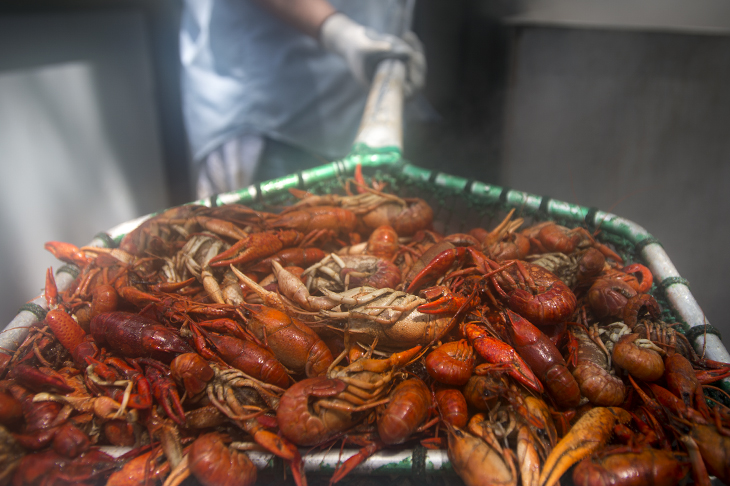 The Tulane Club of New York plans to serve up mudbugs on the Hudson on May 21. (Photo by Paula Burch-Celentano)

With more than 14,000 Tulanians spread across Greater New York City, the Big Apple is home to one of Tulane Alumni Association’s most engaging alumni clubs. Over the past year, the group has hosted networking luncheons, football tailgates, community service opportunities, concerts and even a Mardi Gras Party at d.b.a.’s East Village outpost.

“Whether you grew up in New York or migrated here after college, the Tulane Club of New York is a great way to network with fellow alumni, meet new friends and stay connected to the New Orleans spirit,” says Edward Shapoff, a 2002 graduate and president of the club.

Shapoff got involved with the Tulane Club in the same way many alumni across the country discovered their local club: by attending their annual crawfish boil. Each year, more than a thousand Tulanians swarm the Boat Basin Cafe to enjoy boiled crawfish, live music and a little slice of Louisiana on the Hudson River.

“I actually landed my last job as a direct result of reconnecting with a fellow alumnus at last year’s crawfish boil.”

But the Tulane Club of New York offers much more than a taste of New Orleans. Thanks to an active group of alumni leadership, the club helps its members with everything from joining a kickball team to offering financial advising sessions. Shapoff has seen first-hand how these interactions can benefit alumni.

“I actually landed my last job as a direct result of reconnecting with a fellow alumnus at last year’s crawfish boil. He invited me to his office to catch up and the next thing I knew, I had a new job,” Shapoff says.

The Tulane Club of New York is one of many TAA clubs around the globe. Alumni can find a club in their area on the TAA website.

Bradley Charlesworth is associate director of marketing and communications in the Tulane University Office of Alumni Relations.