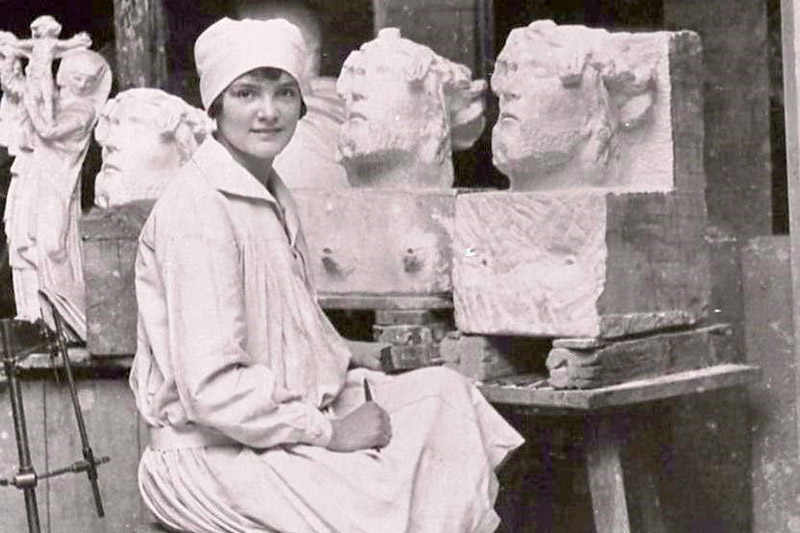 Few New Orleans artists are as internationally well-known as sculptor and Newcomb College alumna Angela Gregory. Now ‘A Dream and a Chisel,’ a new memoir based on oral history interviews, tells the story of Gregory’s years in Paris. (Image provided by Newcomb Art Museum)

Few New Orleans artists are as internationally well-known as sculptor and Newcomb College alumna Angela Gregory. Born in 1903 to a Tulane family (her father, William B. Gregory, was a professor in the College of Engineering, and her mother, Selina Bres Gregory, was herself a Newcomb alumna and talented Newcomb pottery artist), Gregory, who graduated from Newcomb’s Art School in 1925, made a name for herself in a field dominated by men, and her impressive sculptural works, which dot the landscape of New Orleans and Louisiana, have sealed her reputation as one of Louisiana’s most influential artists.

A Dream and a Chisel, a powerful new memoir of Gregory’s years in Paris, includes interviews with the artist as well as excerpts from letters and diaries compiled before Gregory's death in 1990. Newcomb Art Museum will present a book talk and reading in Freeman Auditorium on Tuesday, Feb. 19, at 6:30 p.m. with art scholars Nancy Penrose and Susan Hymel. They will also sign copies of the memoir, which is on sale in the Newcomb Art Museum gift shop.

“Sculptor Angela Gregory achieved a rare level of success for her day and age in New Orleans,” said Newcomb Art Museum curator Laura Blereau. “By age 14, Angela was already taking formal art and design classes in clay modeling and casting taught by Ellsworth Woodward at the school. Her presence as a very educated woman and as an artist can be felt across our state in the many public commissions that she created, which later influenced generations of artists to come.”

“Sculptor Angela Gregory achieved a rare level of success for her day and age in New Orleans.”

After Newcomb, Gregory headed to Paris on a scholarship to study illustrative advertising at Parsons, but with a secret intention to study stonecutting with Antoine Bourdelle, who was at that time considered the greatest living French sculptor and a Rodin-trained artist. While many students clamored to work with him, Gregory's sheer grit and determination led to an invitation to enter Bourdelle’s personal studio and learn the art of cutting stone – the only American student to be accepted as his student. Her years working with Bourdelle ignited a long artistic career that garnered national and international recognition.

The event is free and open to the public.