Newcomb Scholar is an activist and podcast host 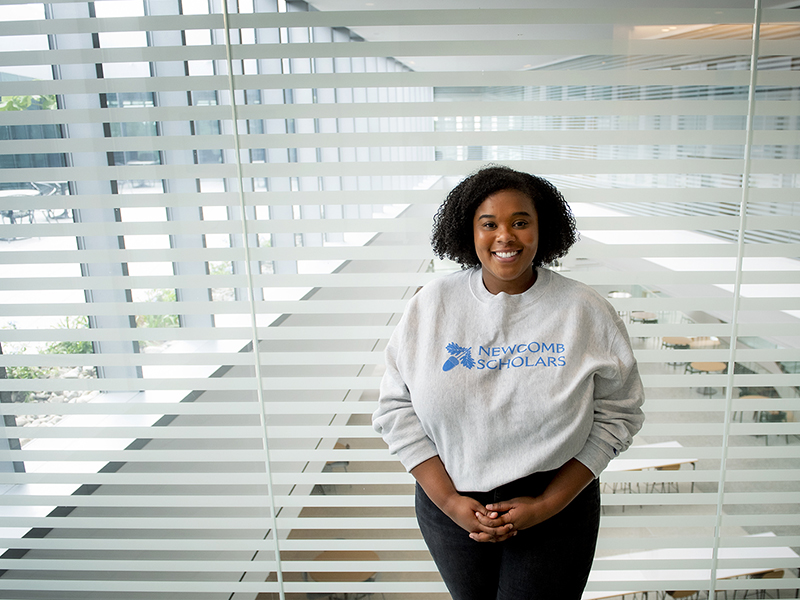 Neuroscience was an unlikely major for LaKia Williams, a Newcomb Scholar who originally came to Tulane because of her interest in studying public relations. Communication, especially surrounding issues of social activism and reproductive justice, is important to the graduating senior, who also has a podcast called “Black Feminist Rants.”

Even after she decided to go with a science major, the extracurricular activities that Williams chose shaped her experience at Tulane. She worked as a Community Engagement Advocate (CEA) and a trainer at student orientations. As president of Students United for Reproductive Justice, she arranged for students to have access to free emergency contraception, pregnancy tests and condoms, garnering the support of Campus Health. She worked as an intern in the Reproductive Rights and Reproductive Health Program and as a research assistant at the School of Medicine.

She said her role as a CEA was transformational. “I was able to learn and grow and develop my skills as a facilitator and my knowledge base,” she said, adding that Tulane faculty and staff treated her and her fellow students not just as student workers, but as people with multifaceted lives.

Williams said Tulane and Newcomb Institute faculty greatly influenced her college activism and career path, including Clare Daniel, administrative assistant professor of women’s leadership at the Newcomb Institute, who mentored her over four years. “That definitely made a very big difference, being able to come here and then find a space on campus that I identified with heavily and then finding someone within that space that has also helped me develop,” Williams said.

During a national internship with the Reproductive Rights Activist Service Corps, Williams was matched with SisterSong, a national, multiethnic reproductive justice collective, and continues to work for them as a digital organizer.

It was during her SisterSong internship last year that Williams developed the idea for a podcast. Now “Black Feminist Rants” — which tackles topics of activism and more, produced by Williams and a team of two — has more than two dozen episodes and an international listenership.

The podcast gave rise to Williams’ Newcomb Scholars thesis, “Creating Digital Black Feminism: A Podcast Ethnography,” in which she attempts to “show that podcasts can be used as an extension of activism and a source of political education to foster political involvement.”

After Commencement, Williams will continue her work for SisterSong in New Orleans, and plans to apply to medical school, while also mentoring a group of young BIPOC [Black, Indigenous and People of Color] activists in how to use creative means to create social change.