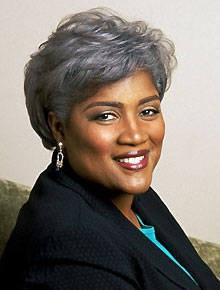 Donna Brazile, veteran Democratic political strategist, will be one of the summit's keynote speakers.

The summit is scheduled Feb. 5-7 in the Lavin-Bernick Center at Tulane University.

During this interdisciplinary leadership summit, students, faculty and professional participants will address the various paths that women take to enter traditional sites of power.

Among the issues to be addressed are questions such as, “Who is leading us? Can women substantially transform the power structure? How are women negotiating the dangers and pitfalls of power networks?”

She currently serves as an adjunct professor at Georgetown University, a senior lecturer at the University of Maryland, a political contributor on CNN, a consultant to ABC News, and a frequent contributor to NPR's Political Corner.

A long-term public servant in Louisiana, Blanco served as Democratic governor of the state from 2004â“2008, the first woman to hold that office. She also served two terms as lieutenant governor, was elected to the Public Service Commission and was a state legislator. 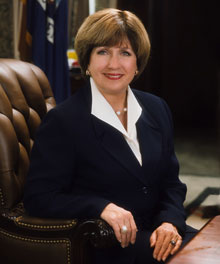 Working in partnership with Junebug Productions, the Institute also will present a keynote performance by the Urban Bush Women, an ensemble under the direction of Jawole Willa Jo Zollar.

The three-day summit will conclude with a performance by New Orleans blues queen Marva Wright.

The Newcomb College Institute has invited faculty, staff and students from colleges and universities throughout the country to attend. The first summit in February 2007 attracted more than 300 participants.

The leadership summit is free and open to the public but participants must complete the online registration form. The registration deadline is on Friday (Jan. 23).

The Newcomb College Institute provides academic, leadership and research opportunities to enhance the education of undergraduate women at Tulane University.

The programs and events allow students, faculty and community participants to engage with topics, academic disciplines and international scholars they might not otherwise encounter.