Nobel Laureate to Speak on "Science, Society and Sustainability"

Sir Harold Kroto, a Nobel laureate in chemistry and an ardent supporter of global sustainability, will speak at Tulane University on Monday (Nov. 24) at 4 p.m. in Jones Hall, room 102. 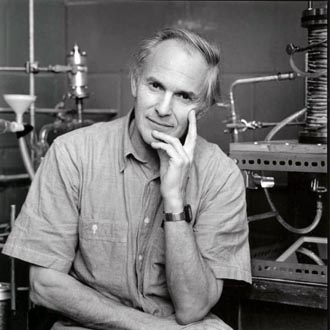 Kroto, the Francis Eppes Professor in the Department of Chemistry and Biochemistry at Florida State University, will deliver a talk titled “Science, Society and Sustainability.” It is a lecture he has given across the globe.

In an online summary of the presentation, Kroto acknowledges that while science and technology have improved the quality of life of those in the developed world, “it is now becoming clear that our technologies have also catalyzed a mindless, mass-production-driven plundering of the planet's resources.”

A fellow of the Royal Society and a member of the Board of Scientific Governors at the Scripps Research Institute, Kroto in the 1970s launched the inquiry that would lead to his Nobel Prize with research on carbon stars and carbon chains in interstellar space.

In the 1980s, while collaborating with Robert F. Curl and Richard E. Smalley of Rice University, Kroto was able to simulate the carbon chemistry that occurs in the atmosphere of a carbon star. The experiment led to the discovery of the C60 molecule  a soccer-shaped molecule made of 60 carbon atoms. This discovery was pivotal as it added a new form of carbon to the handful that was previously known. Kroto, Curl and Smalley received the Nobel Prize in chemistry in 1996.

The existence of this new form of carbon with its unique structure has inspired intensive research as scientists speculate on the possible uses of these incredibly strong, yet low-density molecules in electronics, medicine and defense.

“The discovery of C60 by Kroto, Curl and Smalley is the launch point for the field of nanoscience at least from a chemical perspective,” says Brent Koplitz, chair of the Department of Chemistry at Tulane and one of the organizers of Kroto's visit.

Kroto balances his current research in nanoscience and nanotechnology with his humanitarian efforts.

According to Kroto, “Every segment of society from industrialists, engineers and scientists to politicians, farmers and fishermen must now take [environmental sustainability] as the most serious issue the world has ever confronted.”

In addition to his personal appearances, Kroto is spreading the message of personal responsibility by using the Internet. In 1995, he helped launch the Vega Science Trust to create high-quality science films for TV and Internet broadcast.

“Our only hope for survival rests on the shoulders of those who take sustainability issues seriously and do something about it,” says Kroto.

Kroto's lecture is free of charge and open to the public.