It's a sedentary lifestyle that too often leads to obesity in children  six hours seated in a classroom, candy bars and soda at lunch and after school, and too much time watching evening television. To address this problem in New Orleans, Tulane pediatrician Dr. Alina Olteanu is launching a new pediatric obesity program that will teach parents and their children how to create and sustain healthy habits. 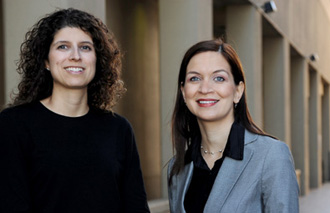 Olteanu believes that feeding children healthy meals is a wonderful method to decrease the large numbers of obese children pediatricians see, but teaching children which foods are better and training them to make their own healthy choices could really change their lives.

“The medical part of obesity treatment is not that complicated, but the main part is behavioral change and that takes time,” says Olteanu, an assistant professor of clinical pediatrics. “Lack of exercise and poor nutrition are the two main reasons for obesity in children, and we plan to address both issues.”

The program's team is comprised of a nurse, a therapist, a behavior modification instructor, a social worker, a dietitian and an outreach coordinator  each representing important elements in the weight-management process.

Citing a study by the American Academy of Pediatrics, Olteanu says children should be limited to a maximum of two hours of television each day, but her experience working with young patients and their parents indicates that children are exceeding that recommendation. Another problem, she adds, relates to exposure to poverty during childhood, particularly in urban areas such as New Orleans.

“Studies have shown that children in poor neighborhoods are more at risk for obesity because they do not have access to fresh fruits and vegetables, and they do not have a safe neighborhood to play in,” says Olteanu. “Also, many inner-city school cafeterias don't serve healthy food and the kids have access to soft drinks where they are drinking all of their calories.”

The pediatric obesity program is being piloted on board the New Orleans Children's Health Project pediatric mobile units.

It is the fourth project under the umbrella of the New Orleans Children's Health Project, directed by Dr. Jaya Aysola, chief of the section of community pediatrics and global health in the Tulane Department of Pediatrics. The Children's Health Fund partnered with Tulane University to create the project designed to provide comprehensive healthcare services including mental health care, case management and health education in New Orleans communities.

Olteanu joined the Tulane faculty in July 2008 with a strong interest in obesity prevention and she has taken the lead on expanding the program to tackle this challenging epidemic, Aysola says. Olteanu's expertise is general pediatrics with a special interest in community pediatrics, working with underserved populations, international adoptions and international child health.

“Our main goal is to transition children and adolescents into a healthy lifestyle because short-term diets don't help,” says Olteanu. “But if they know about healthy nutrition and increased activities, that will help them for the rest of their lives.”

Later this year the pediatric obesity clinic will have a permanent home in a new Tulane Pediatric Wellness Clinic that will open at Tulane Medical Center in downtown New Orleans.