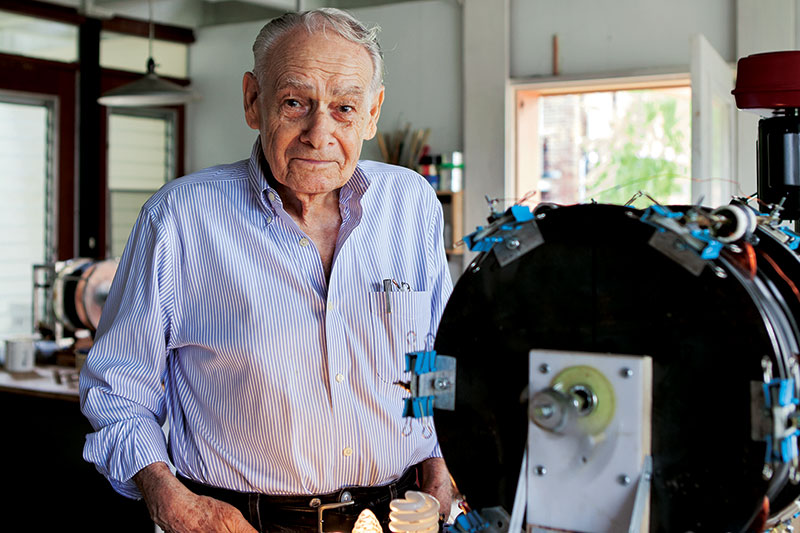 For over six decades, Albert Charles Ledner (A ’48) has practiced architecture in New Orleans. This past year, his extensive career and life became the subject of a documentary filmed by his daughter, Catherine Ledner, and her cousin, Roy Beeson.

Set for release next year, the documentary highlights some of Ledner’s best-known buildings in New Orleans and New York. Through interviews, commentary and behind-the-scenes tours of the buildings given by Ledner himself, Catherine Ledner said, “We want to expose people to Dad’s work and his philosophy of life.”

Having graduated from the School of Architecture, Ledner is notable for being one of the earliest proponents of organic modernism in New Orleans. He spent time learning the style from Frank Lloyd Wright at Taliesin before beginning his own practice in 1949.

Beginning his career by designing homes for New Orleanians, Ledner often experimented with unusual structural forms while catering to each client’s interests. (He famously used Cointreau bottles as decorative elements for a cocktail enthusiast on Park Island in New Orleans.)

In the 1960s and ’70s, Ledner acted as the architect for the National Maritime Union, designing hiring halls across the country and the union’s headquarters in New York City. During that same time, he taught at the Tulane School of Architecture.

Ledner has designed over 100 buildings throughout his career, and in 2009, he won the AIA Medal of Honor from the Louisiana Chapter recognizing his lifetime of contributions.

The idea for the documentary hatched in 2010 when Beeson met Albert Ledner for the first time. Both filmmakers, for whom the project is deeply personal, hope to reach a wide audience and shed light on Ledner’s unique and prolific career. Filming continues through the summer.

For his part, Albert Ledner, now 92, is “thrilled and very happy” about being the subject of this upcoming documentary.