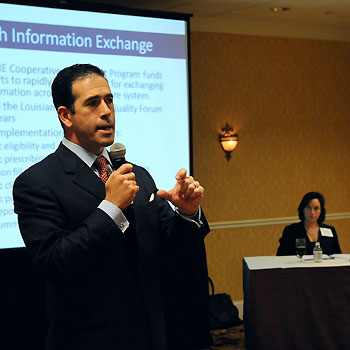 Bruce Greenstein, secretary of the Louisiana Department of Health and Hospitals, speaks at a session on health care and innovation during the conference, “New Orleans as the Model City for the 21st Century: New Concepts of Urban Innovation.” (Photo by Sally Asher) 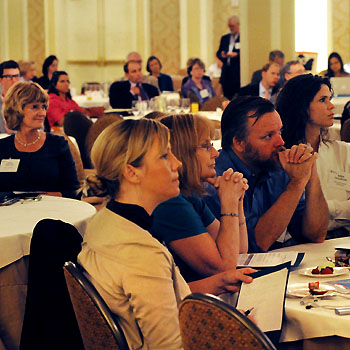 The conference audience listens intently to speakers at the day-long meeting on Oct. 1. Attending the sessions were leaders from government, academia, the business community and nonprofit organizations. (Photo by Sally Asher) 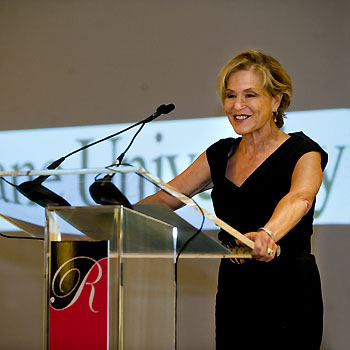 Judith Rodin gives a keynote address at the luncheon session. She is president of the Rockefeller Foundation, which provided support for the conference that was hosted by Tulane University. (Photo by Paula Burch-Celentano) 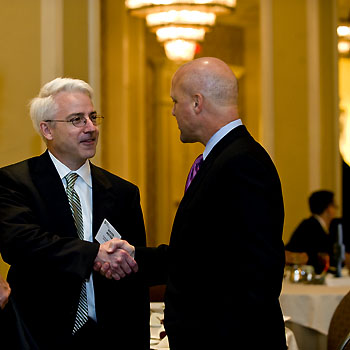 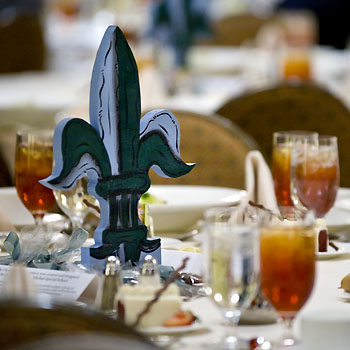 Fleur de lis decorations in Tulane colors, made by students at St. Michael"s Special School, use the symbol that was popularized after Hurricane Katrina as a mark of New Orleans" rebirth. (Photo by Paula Burch-Celentano) 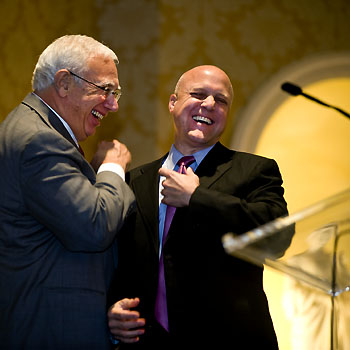 Tulane President Scott Cowen, left, and Mayor Mitch Landrieu enjoy a happy moment. They announced the launch of the Urban Innovation Challenge, stipends of $45,000 that will go to four social entrepreneurs. (Photo by Paula Burch-Celentano)