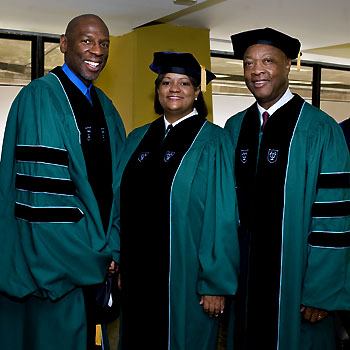 Ready to receive their honorary degrees on Saturday (May 15) are, from left, Geoffrey Canada, CEO of Harlem Children"s Zone; Dr. Regina Benjamin, alumna and U.S. surgeon general; and John Ruffin, director of the National Institute on Minority Health and Health Disparities. (Photo by Paula Burch-Celentano) 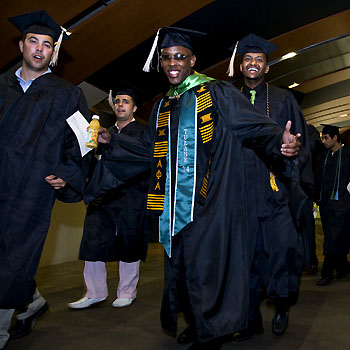 Before the Tulane Commencement Ceremony, grads line up in robing rooms at the Louisiana Superdome. Approximately 2,150 students received degrees, and thousands of families and friends were in attendance. (Photo by Ryan Rivet) 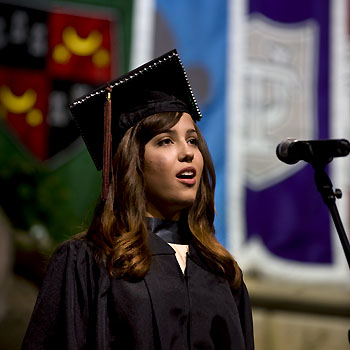 Nisrine Omri sings the national anthem to open the ceremony. The music major received a bachelor of fine arts degree on Saturday. (Photo by Paula Burch-Celentano) 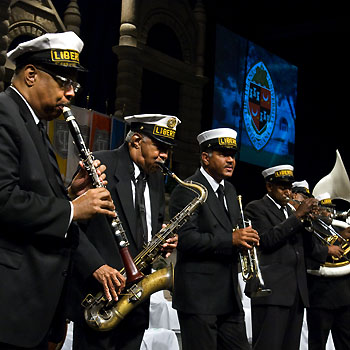 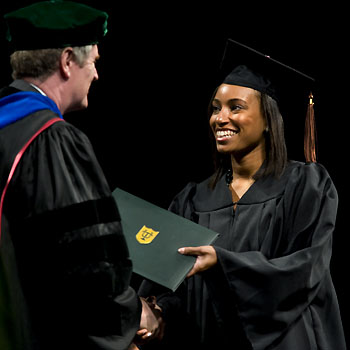 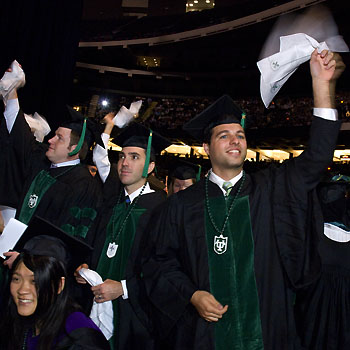 Grabbing the white handkerchiefs they each received on Saturday, graduates cheer along with “When the Saints Go Marching In” at the ceremony"s close. (Photo by Paula Burch-Celentano)