Photos: On Stage at Jazz Fest 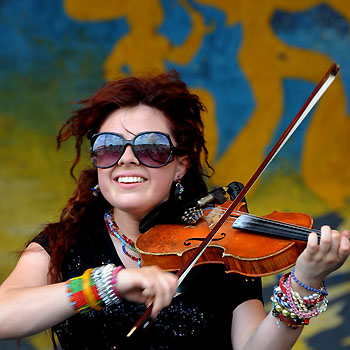 Amanda Shaw is a New Orleans favorite, fiddling and dancing along with her band, The Cute Guys, on the Gentilly Stage at the New Orleans Jazz and Heritage Festival on April 29. (Photos by Sally Asher) 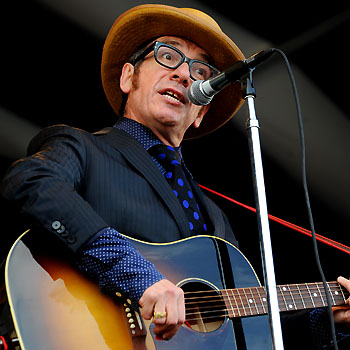 Sharply dressed, Elvis Costello, with his band, the Sugarcanes, drew huge crowds of appreciative listeners at the annual festival at the New Orleans Fair Grounds. 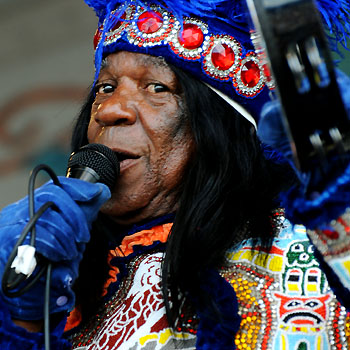 The unique sounds of Mardi Gras Indians are always a part of Jazz Fest, which this year brought the 101 Runners to the Heritage Stage on April 29. 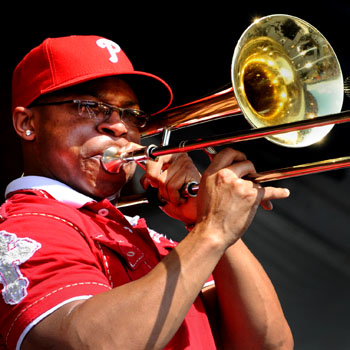 A hot trombone leads the Soul Rebels Brass Band on the Congo Square Stage at Jazz Fest, a seven-day cultural extravaganza that ended on May 2.