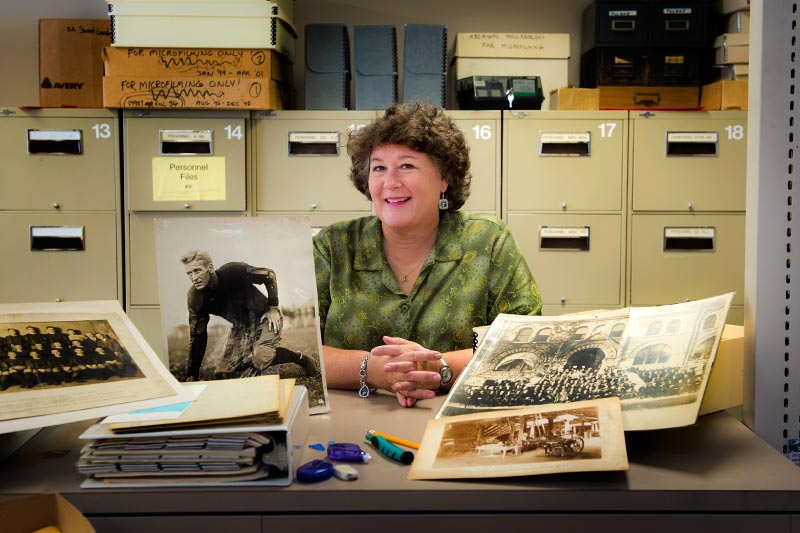 Ann Case, Tulane University archivist, is known as the person to see for anything relating to Tulane history. (Photo by Paula Burch-Celentano)

They are the faces of Tulane University across the generations. Students in classrooms, studios, laboratories, libraries and fields of play. Professors holding forth. Formal portraits of founding benefactors, faculty members and leaders. By creating the first pictorial history that covers Tulane from its inception to its current incarnation, university archivist Ann Case hopes to connect Tulanians with their ancestors and inspire future Tulanians to join a grand tradition.

This long-developing idea became a reality in August with the publication of Tulane University, part of The Campus History Series of books by Arcadia Publishing. Case, who earned a Master of Arts in anthropology from Tulane in 1992, spent the fall semester of 2015 scouring university collections and writing chapter introductions and captions in her spare time.

Even as someone who has worked in Tulane University Archives for 23 years, she found new gems on the heritage of Tulane.

“Every other day I learned something new.”

There were contributions to major breakthroughs not frequently associated with Tulane, such as one of the first radio transmissions in the South, sent from what is now F. Edward Hebert Hall in 1898. A student on the project, A. Baldwin Wood, later invented the screw pump, drying out swampland to develop much of modern New Orleans. One photograph shows Wood sitting in a laboratory holding a speaker to his ear.

There were glimpses of societal progress, such as a photo of one of the first African-American undergraduates at Tulane, Reynold T. Décou, alongside classmates in a geology class in 1966. Décou arrived at Tulane in 1963, the year of campus integration, but his story is less well known than that of a group of black graduate students who were the first to desegregate Tulane, Case said.

And she discovered bygone traditions, such freshmen being barred from using the central stairs at Gibson Hall in the early years of the building’s existence.

“Every other day,” Case said, “I learned something new.” 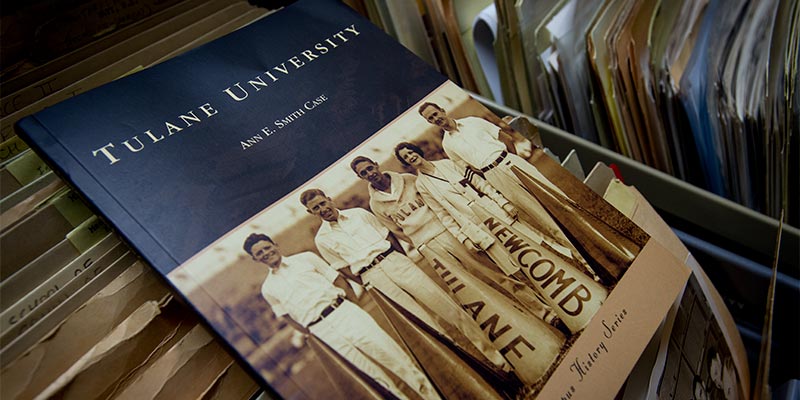 Tulane Athletics reintroduces the ‘Angry Wave’ in 2016
Jazz education award goes to Bruce Raeburn
Maestro of the Olympics
The Insider: 5 tips for exercising in the heat of New Orleans
Sleight of hand