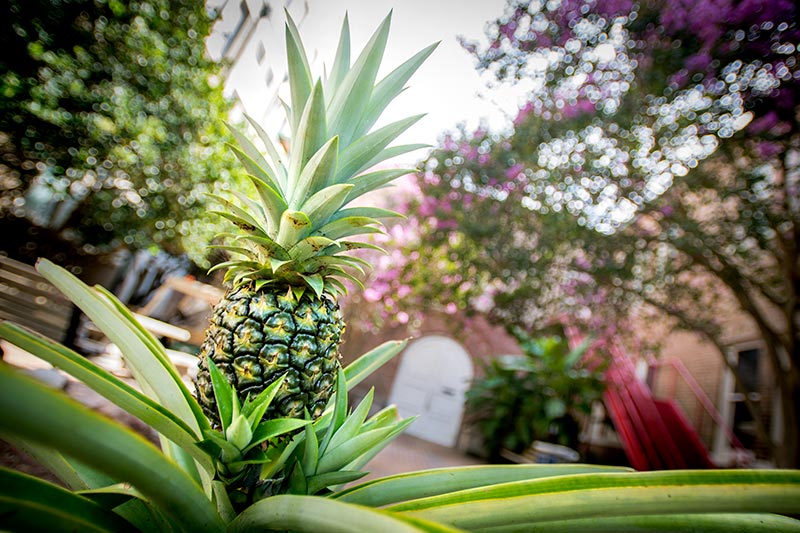 A pineapple aims for the sky from the rock garden behind Stanley Thomas Hall on the uptown campus. The plant, whose “official” name is “Pamala,” is one of several sown by John Robertson, a fifth-year physics graduate student, and his fiancee, Ellie Rodebeck, a 2017 graduate of the Tulane School of Medicine. Robertson and Rodebeck are known for creating pineapple boats. Says Robertson, “It’s a decorative way to serve pineapple at parties, and it’s always a hit.”