On point with Mélange 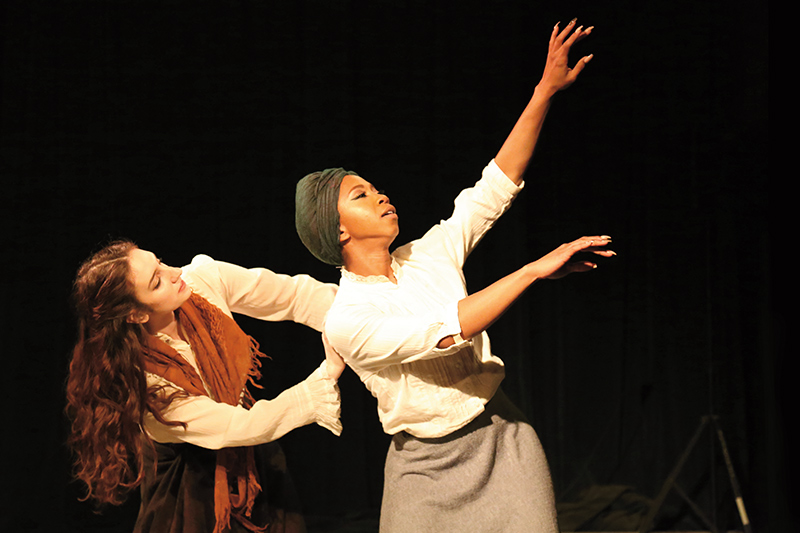 In "Journey of Dreamers" Mélange Dance Company performers tell the story of immigrants coming to America. (Photo by Mike Yoder)

Editor’s note: This article appeared first in the June 2018 issue of Tulane magazine.

Whatever the political climate, entertainment has always served as escapist fare, but it’s the hope of two Tulane graduates that life might just imitate and reflect their particular form of entertainment, as their dance productions become the provocateur for social change.

Their New Orleans–based dance company, called Mélange— French for a mixture—reflects the group’s diverse dancers, both in training and style. The troupe, whose artistic works center on social justice causes, has been around less than four years, but under the direction of the dynamic duo of artistic director Monica Ordoñez and executive director Alexa Erck Lambert, it has already earned formidable kudos. Nominated four times previously in the Big Easy Foundation’s Tribute to the Classical Arts, Mélange this year won the award for Outstanding Choreography for its production of Journey of Dreamers, an ode to America’s immigrants who passed through Ellis Island. Though they arrived amongst a sea of people of conflicting backgrounds, these immigrants somehow managed to assimilate and live the American dream. With America now in an era of what seems to be conflicting and confusing sentiments out of Washington about the future of immigration, the production couldn’t be timelier.

“Of course, our dances have a point of view, but I think most people would agree we don’t take our productions too far,” said Ordoñez. “We try not to ram our ideas down your throat, and we’ve been told repeatedly that we don’t cross that fine line that may alienate those who may not be on board with our ideas … yet!”

The founders of Mélange met through the Tulane dance community after they both graduated from the university, and ended up working together in two different dance companies. Later, when Ordoñez was choreographing for the

Marigny Opera House, Lambert was one of the dancers there.

“In my day job, I’m a data analyst as a contractor for the Centers for Disease Control,” said Lambert. “My aptitude for organization has carried into Mélange. I apply for grants, tackle our budget and do the scheduling.”

Choreographer Ordoñez’s day job is rooted in the legal profession. A double major in Tulane’s School of Continuing Studies, she earned a Bachelor of Arts in dance and paralegal studies in 2012. That dichotomy was rooted in pragmatism.

“I never knew whether I could make a living through dance, and having another career was an insurance policy of sorts,” said Ordoñez. “Unfortunately, artistic endeavors in cities around the country are on a constant quest for funds, as the box-office receipts just don’t pay the bills … or the dancers.”

The vision for the dance company from the get-go embraced Ordoñez’s penchant for storytelling choreography—incorporating stories that hadn’t been told before and putting a new socially relevant spin on others that had.

“The topic came from my best friend, who suggested I take on a historical New Orleans story, which many were unfamiliar with,” said Ordoñez. “The UpStairs Lounge was a gay bar and safe haven for the underground New Orleans gay community back in the early ’70s. On June 24, 1973, an arsonist set fire to the lounge, killing 32 people in what was then the deadliest attack on the LGBT community to date. Only Orlando’s Pulse Nightclub massacre in 2016 has eclipsed this tragedy in sheer numbers.”

Socially relevant productions have become the staple and centerpiece of Mélange. Its newest production, HerStory, perhaps defines more than any other its ability to adapt to changing social mores and cultural movements.

“Our personal progression throughout the company’s history has been one of molding it to the changing times,” said Lambert. “HerStory, initially, was not as politicized. Its debut in 2016 was before the Women’s March, before the #MeToo Movement, and before the 2016 presidential election. In fact, when this dance was conceptualized, we didn’t even know who the [presidential] candidates were.”

Billed as a historic journey through the trials and triumphs of the quest for gender equality, HerStory takes the theatergoer on a continuum through the three waves of feminism, building to a crescendo of resounding and powerful women’s voices.

“It all began when I was researching the storming of the Sazerac back in the 1940s by a group of women who were fighting to be able to get a drink in the all-male bastion that was then the lounge of the Hotel Grunewald, later to become the Roosevelt Hotel,” said Ordoñez. “As I began questioning why it was so difficult for women to be allowed into a bar in the 1940s, my research indicated this wasn’t the only inequity for women … far from it. I then began to conceptualize an entire production based on the history of women’s rights.” (After the protests, women were given the right to drink at the Sazerac in 1949.)

The scope and breadth of the HerStory production are beyond ambitious and took an enormous amount of research, exploring the women’s movement through the ages.

“Our costume designer, Kaci Thomassi, did a remarkable job of designing a wardrobe that spanned an immense time frame, from the suffragettes of the early 1900s to the Roaring ’20s, from Rosie the Riveter in the ’40s to the bra burners of the ’60s, and from the women’s liberation movement right into the present-day women’s empowerment movements,” said Ordoñez.

In spite of their growing reputation, including gaining Academy Award–winning actress Patricia Arquette as a Twitter follower, Mélange’s productions have only been covered by the mainstream media in previews. To date, no critic has actually reviewed the productions after they’ve premiered, which can easily be explained by the troupe’s lack of a marketing/PR department. Feedback has largely come from audiences in the form of comment cards.

“The initial response about HerStory was that the first act was more about history, and the second act was very political,” said Lambert. “But, women getting the right to vote, and getting the right to have a job outside the home may not seem political now, but these were very political ideas at the beginning of the 20th century. And, one day, equal pay and the end of sexual harassment in the workplace will no longer seem political either. Rather, it will be something that is just an inherent part of equal rights for everyone.”

The synergy between Mélange’s HerStory production and unraveling current events has been stunning.

“The premiere of HerStory had always been planned for just a few days after the presidential election … an election that we all thought would usher in the first female president,” said Ordoñez.

“So here we were at the dress rehearsal, making frenetic costume changes while the election results were pouring in. By the end of that rehearsal, we were all confronted with a stunning disappointment.”

Revamped this past March, the production has proved to be prophetic, with the advent of the #MeToo and #TimesUp movements, along with the renewed fight to ratify the Equal Rights Amendment (passed by the U.S. Congress in 1972 and now ratified by the legislatures of 36 of the 38 states necessary for its addition to the U.S. Constitution).

“We’d love to have the underlying financial support in order to pay our dancers fairer wages, so they wouldn’t have to have other full-time jobs,” added Lambert.

“Meanwhile, it’s important to take a refined and expanded HerStory on the road, where we could use it as leverage to positively move things along politically.” 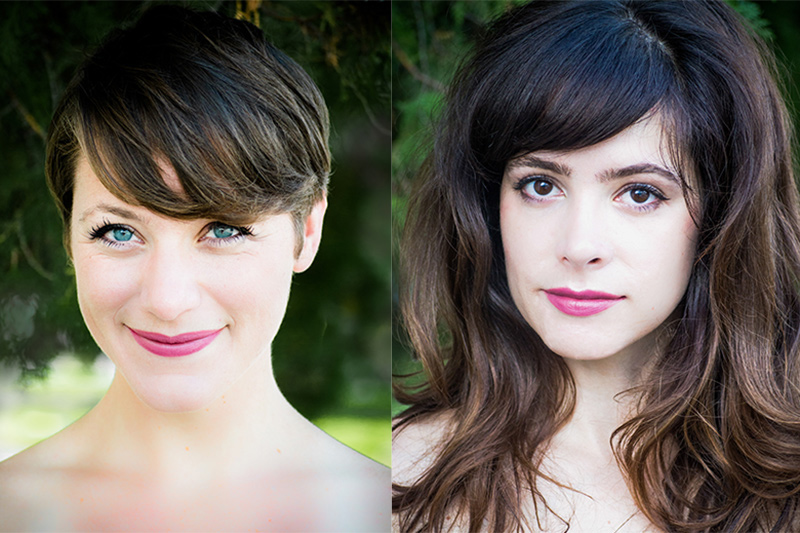