Renowned economist Nora Lustig, whose field of study focuses on poverty and inequality, has joined the faculty of the Department of Economics and the Stone Center for Latin American Studies as holder of the Samuel Z. Stone Chair in Latin American Economics. 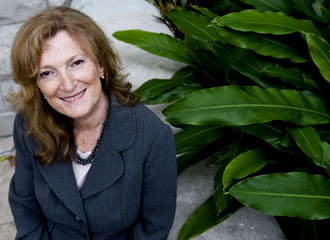 "Tulane has one of the premier centers of Latin American studies in the country," says Lustig, who arrived at the university this fall. "They were looking for someone who would strengthen the economics side of their program, so I felt it was a good match in terms of what Tulane needed and what I could offer.

"I was attracted to working with the mostly young, smart and energetic faculty in the economics department. Tulane's emphasis on social entrepreneurship and service learning goes extremely well with my background and interests."

In her varied career, Lustig has worn several hats. She started as professor of economics at the Colegio de Mexico, Mexico's prestigious research institution; was a senior fellow at the Foreign Policy Studies Program of the Brookings Institution, Washington's leading think tank; and spent the past two years before joining Tulane as Shapiro visiting professor at George Washington University's Elliott School of International Affairs.

Keen on applying her knowledge of social policies in the battle against poverty, she spent several years as senior adviser and chief of the Poverty and Inequality Unit at the Inter-American Development Bank and director of the Poverty Group at the United Nations Development Programme.

Her interest in institution building led her to take the position of president of the Universidad de las Americasâ“Puebla, one of the top private universities in Mexico. She hopes that this experience will be valuable to Tulane as the economics department strives to reinstate its doctoral program, and the Stone Center builds up its presence in the economics field.