As southeast Louisiana moves forward in rebuilding after Hurricane Katrina, among the most important decisions to be made are those concerning the future of Louis Armstrong New Orleans International Airport, says Tulane President Scott Cowen, who is chairing a state board that will be making many of those decisions. 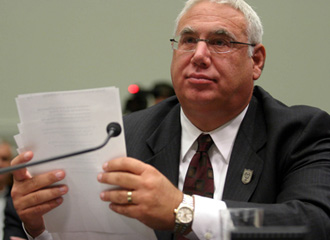 That board, the Southeast Regional Airport Authority, was created by the Louisiana Legislature and is charged with finding ways of turning the airport into what Cowen calls a “world-class” facility that could fill the gap between Houston and Atlanta and become a hub for international travel.

Cowen, who was appointed to the authority by Gov. Bobby Jindal, says the authority will be looking at developing strategies to meet that vision.

The airport, which began commercial service in 1946, is currently owned by the City of New Orleans, though it is located largely in the nearby city of Kenner in Jefferson Parish. Any change in status would require support from two-thirds of the New Orleans City Council and a majority of New Orleans voters.

The group that Cowen chairs is given statutory powers to manage the airport, issue bonds and expropriate property, buy it also has the capacity under certain conditions to develop a new airport in size, service and international importance, he says. 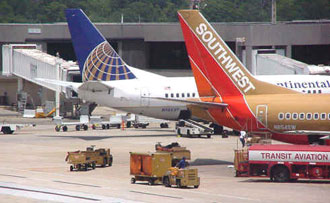 “If you look at airports around the country, you see that a world-class airport needs superb facilities, amenities, services and relationships with airlines,” says Cowen.

“We will have to benchmark our airport along these dimensions with some of the better ones in the country and ask what would it take for us to enhance the services and facilities so that major airlines will want to make us a major airport for themselves.”

The location of Armstrong International cuts both ways in terms of attracting airlines. While admitting the disadvantage of not being located in the center of the country, Cowen says the airport could allow the city to “once again become the gateway of the Americas, which Miami has dominated. You could certainly connect from here to Latin America, but aspire to expand our international scope as well.”

Cowen, who after Hurricane Katrina was tapped by New Orleans Mayor Ray Nagin to lead the effort of rebuilding the city's public school system, calls the task before him and fellow members of the authority “daunting.”

The biggest challenge before them, he says, is embracing the big picture without losing sight of the importance of details. “Our charge is not only to have a big vision, but to identify strategic options that are credible, so that people will say, 'I understand the vision and I understand the pathway to achieving it'.”

In the coming months, the authority will work with consultants who will help articulate the vision for the airport and develop possible strategies. The authority will deliver a progress report to the state legislature in April, says Cowen.