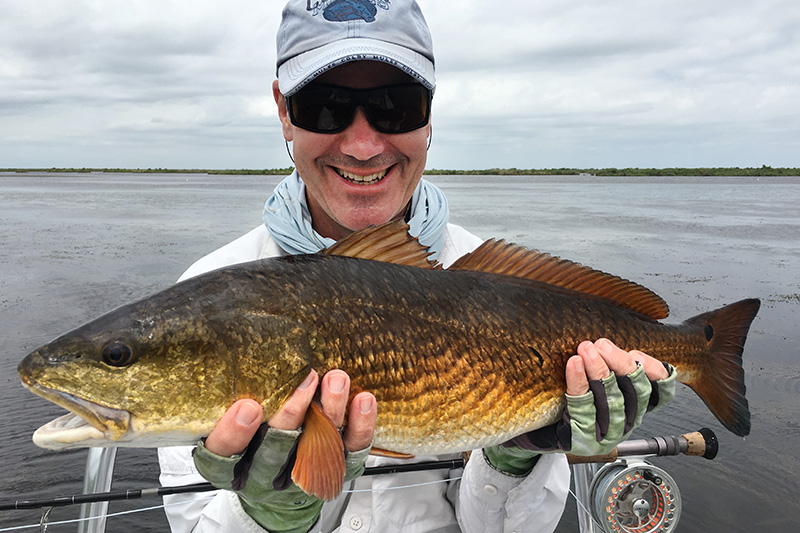 Charles Miller, a professor in the Tulane University School of Public Health and Tropical Medicine, was named 2017 Angler of the Year by Louisiana Sportsman. Miller is a fly fisher who is known for his detailed fishing reports. (Photo provided by Charles Miller)

A Tulane University professor has been recognized for his fly-fishing skills, landing a lighthearted “Flocky” award from an outdoors publication.

Charles Miller, a professor in the Department of Global Environmental Health Sciences in the School of Public Health and Tropical Medicine, was named 2017 Angler of the Year by Louisiana Sportsman, presenter of the “Flocky” awards. Flocky is a loose acronym for the magazine’s Fly Lines column.

“Some fly anglers love to post glory shots with fish. But good luck getting them to share information. Not so with Dr. Charles Miller. The Tulane University professor — who made some terrific catches this year — loves to share all the details with his fellow anglers,” wrote the magazine staff.

Miller is a member of the New Orleans Fly Fishers and the Bayou Coast Kayak Fishing Club. His favorite spot to fish is Delacroix in St. Bernard Parish.

“You go deep into the marsh, in shallow water, and sight fish for them. You’re actually seeing the fish,” he said, noting that Louisiana is attractive to anglers worldwide who want to catch redfish.

Although fly fishing can be peaceful, the hobby offers him an up-close view of disappearing Louisiana marshlands. His favorite spot to fish was farmland only 30 years ago.

“You can see what was there last week has changed and it’s a little bit more washed away than it used to be. You can follow coastal erosion as it happens out there,” he said.

For his big win as Angler of the Year, Miller said he received only the recognition of a job well done and bragging rights — not that he was looking for fame, anyway. He doesn’t even take most of the day’s catch home.

Miller said he throws back 90 percent of what he catches because he doesn’t like to clean big fish.

“I usually keep one or two reds for the dinner table,” he added.