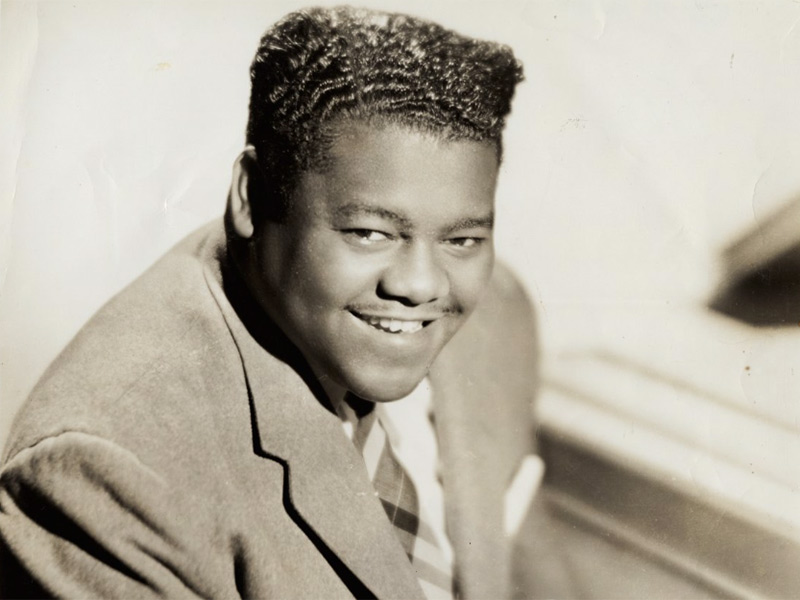 New Orleans musical legend Antoine "Fats" Domino, who passed away on Oct. 24, avoided most interviews and public events. But he agreed to sit down with Tulane professor and public radio host Nick Spitzer. Spitzer broadcast that interview in a 2012 episode of "American Routes."

The late Antoine “Fats” Domino was famously reclusive, avoiding interviews and major public events. But on a personal level, he was warm and engaging, and would even occasionally accommodate random autograph seekers who showed up at his door.

During the course of their friendship, Nick Spitzer, a professor of anthropology in the School of Liberal Arts and producer of public radio’s American Routes, conducted a rare interview with Fats Domino in 2007 and broadcast it on the “Saints and Spirits” episode in 2012.

“It’s like a folk tale where you go to Fats and try to get an interview with him.”


“I told somebody, it’s like a folk tale where you go to Fats and try to get an interview with him,” said Spitzer, whose previous requests were repeatedly rejected as well. “Many, many filmmakers from around the world, and media people including Clint Eastwood, were unable to get interviews with him.”

Spitzer landed the interview as a result of a personal connection, one that came about when the musician started supplying American Routes’ parties with his homemade hogshead cheese. Spitzer said he offered to help the Domino family evacuate before Hurricane Georges in 1998. Years later — two days after Katrina — Spitzer noted during a “Nightline” interview that Domino was still missing and provided Domino’s home address. The following day, authorities pulled the family off a balcony above an 8-foot waterline.

“On one level he was enormously accessible when people did get to talk to him, and on another level he was extremely private, living [at the time] in this large compound,” said Spitzer, noting that some of Domino’s shyness might have come from the fact that Creole French was his first language.

“He was also shy and a little bashful about the fact that the whole world loved him, but he just felt like he was making music because he loved the music and working with the band. It wasn’t like he thought of himself as a grand showman or public speaker.”

Spitzer continued: “The ‘Great Buddha’ of New Orleans rhythm and blues and rock ’n’ roll has passed. He brought a kind of Afro-Caribbean sound — there’s always that backbeat, driven by the late drummer, Earl Palmer, that really put a signature on New Orleans rock ’n’ roll.”

Hear more of Fats Domino’s music in this episode of American Routes.