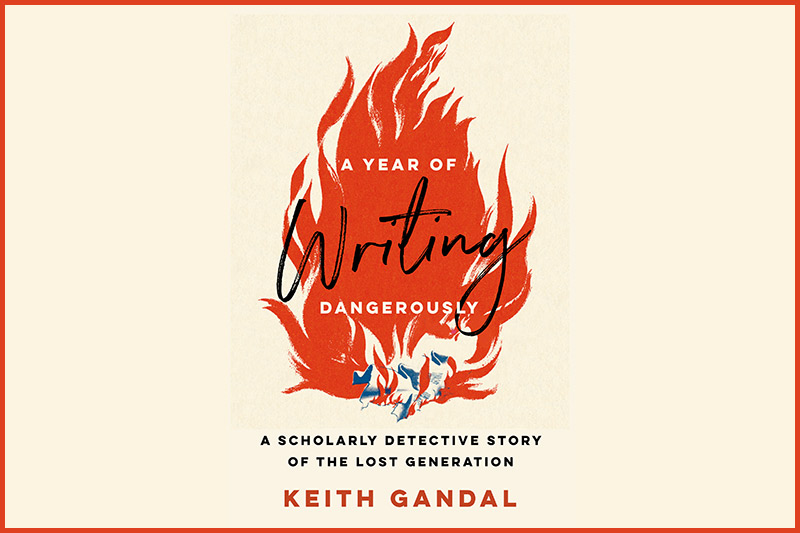 Keith Gandal, a visiting scholar in the Tulane School of Liberal Arts, prepares for the release of his fifth book, ‘A Year of Writing Dangerously: A Scholarly Detective Story of the Lost Generation,’ this fall.

Keith Gandal, a visiting scholar in the Tulane School of Liberal Arts and a professor of English at City College of New York, will celebrate the release of his fifth book, A Year of Writing Dangerously: A Scholarly Detective Story of the Lost Generation, this fall.

A Year of Writing Dangerously chronicles a sabbatical in Chicago, which Gandal spent researching the Lost Generation. The memoir uses creative nonfiction to take readers on a quest through history, delving into the masterworks of the Lost Generation.

“Instead of making an argument, I decided to tell a story,” Gandal said. His memoir outlines surprising connections, like those between writing and competitive tennis.

Gandal focuses his research on literary giants Ernest Hemingway, F. Scott Fitzgerald and William Faulkner. “They did not write what they did because they experienced the horrors of war but because they were rejected by the U.S. Army,” he explained. “This was their coming-of-age experience, and they all felt like they missed the boat.”

After writing the memoir, Gandal traveled to Tulane for further research on American literature during World War I. “I wrote a whole book while I was there in the library,” Gandal said. “There are 13 stories about noncombatants, combatants and women.”

Gandal chose to conduct his research in New Orleans because he loves the city. “I wanted to do this in a place that I enjoyed,” he said. “But in certain ways, it’s no different from doing research in Chicago. A lot of it is happening in your head. Research is not dry and abstract. It involves a certain kind of empathy. You must bring to bear your own emotional experience.”

He hopes to write a second memoir, this one about his time in New Orleans.

Jamie Logan graduated from Tulane’s School of Liberal Arts with a Bachelor of Arts in May 2017.