The transformation of the public schools in New Orleans has made strides since Hurricane Katrina, yet challenges remain. To evaluate the progress, the Scott S. Cowen Institute for Public Education Initiatives at Tulane University is conducting a communitywide survey as part of its second annual State of Public Education in New Orleans report. 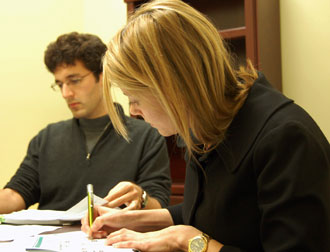 Last year's report painted a picture of what was working and what was not working in the city's public schools, based on insight from more than 1,500 educators and community members.

“Our first survey showed that facilities and infrastructure were a huge problem  in many schools, bathrooms were not working, there were no hot lunches, there weren't enough teachers so there was overcrowding in classrooms. These basic infrastructure and human capital problems were greatly hindering education.”

This year's report will build on last year's work by providing an updated overview of the current system, again getting stakeholder feedback about the system's successes and ongoing challenges, says Shannon Jones, executive director of the Cowen Institute.

The survey takes less than 10 minutes to complete, Schwam-Baird says. Among the questions this year, the survey seeks to assess how well the schools are serving children with special needs, and if parents believe they have a real choice in deciding which school is best for their children. The 2008 report will be released in April and shared with state legislators, education administrators and the general public on the Cowen Institute's website.

“We believe that a regular, independent evaluation of key issues facing the systems of public schools in the city is one of the major services that the Cowen Institute can provide,” Jones says. “The report will provide a rich description of the public school system to help combat much of the misinformation about how public and charter schools currently operate.”

The Cowen Institute is conducting interviews with education leaders, policymakers and principals, as well as focus groups with teachers, parents, students and community leaders. Researchers are attending neighborhood, school and community meetings across the city.

“We strongly believe that deep community engagement is critical to an accurate assessment and hope to learn about the experiences, concerns and recommendations of the New Orleans community,” Jones says.

The State of Public Education in New Orleans Survey is available online or on paper by calling the Cowen Institute at 504-274-3690. For more information, e-mail Schwam-Baird.