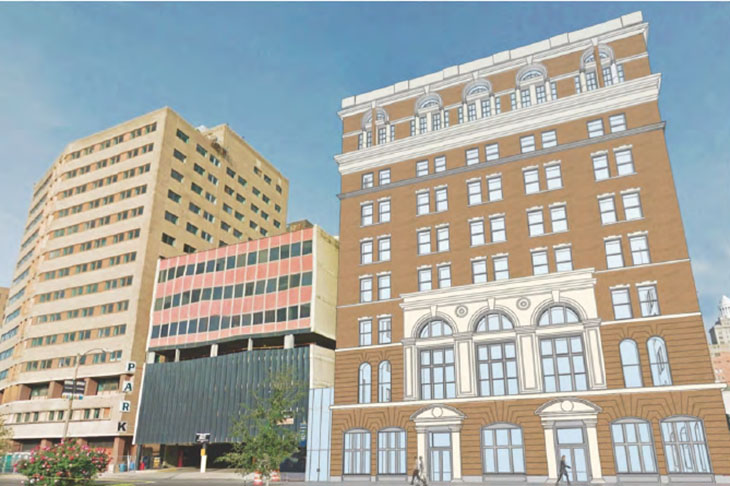 This architectural rendering shows how the Pythian building, 234 Loyola Ave. in downtown New Orleans, will look when its beautiful exterior is returned. Construction begins this summer for the redevelopment project, which will turn the 1908 building into apartments, offices and retail space. (Rendering from studio WTA)

The building at 234 Loyola Ave. in downtown New Orleans has had an amazing role in the city"s history. Built as an African-American fraternal club, with a jazz venue in its roof garden, it later became hiring offices for World War II boat-builder Higgins Industries. It housed Dwight Eisenhower"s presidential campaign in the 1950s, as well as a district court, a bank and medical offices.

&#x201c;This edifice represented an opportunity for transformation for the African American community. There&#39;s so much history, it&#39;s fantastic to be involved in this project.&#x201d;&mdash;Wayne Troyer, architect

For the past 20 years it has been empty and neglected, but the Pythian is about to surge with new life once again with 69 residential units, offices and a “public market food hall” showcasing New Orleans food  part of a downtown boom in residential living.

Will Bradshaw, co-founder and president of Green Coast Enterprises and also an adjunct lecturer at the Tulane School of Architecture, purchased the property last fall in conjunction with the Crescent City Community Land Trust. Working with him on the redevelopment are Tulane alumni Wayne Troyer and Julie Babin of the architectural firm studioWTA.

They turned to Tulane archives to learn about the 1908 building. Its architectural drawings resided in the Southeastern Architectural Archive, thanks to a gift by the family of architect George J. B. Riehl. The Hogan Jazz Archive provided photographs of the building"s jazz history, while the Louisiana Research Collection held a souvenir program from its 1908 cornerstone event, both aiding the successful designation of the building as a National Register of Historic Places landmark.

S. W. Green, the son of a slave who became an insurance executive and NAACP leader, constructed the Pythian Temple in 1908 in the historic “Back O"Town” section. Green belonged to the Colored Knights of Pythias, a fraternal order that had offices in the building. Adding to its cultural history, a show at its Pythian Temple Theater was the inspiration for parade costume traditions of the Zulu Social Aid and Pleasure Club.

“This building is a real jewel, part of what has made us great as a community,” Bradshaw says. Construction will start this summer and will be complete in late 2016 or early 2017. 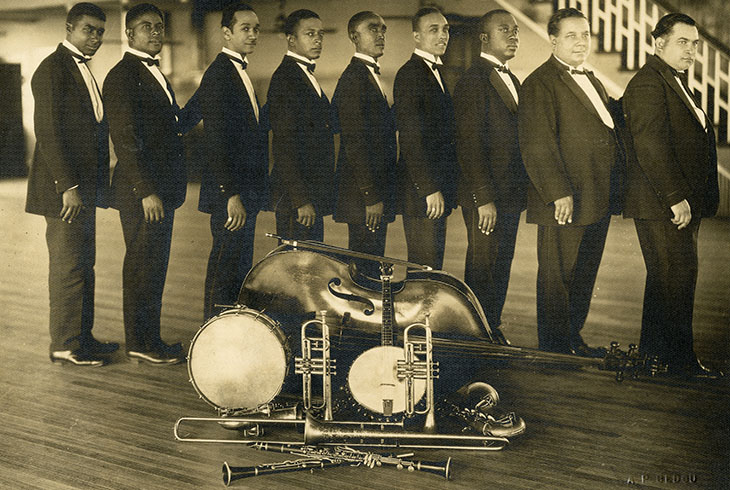