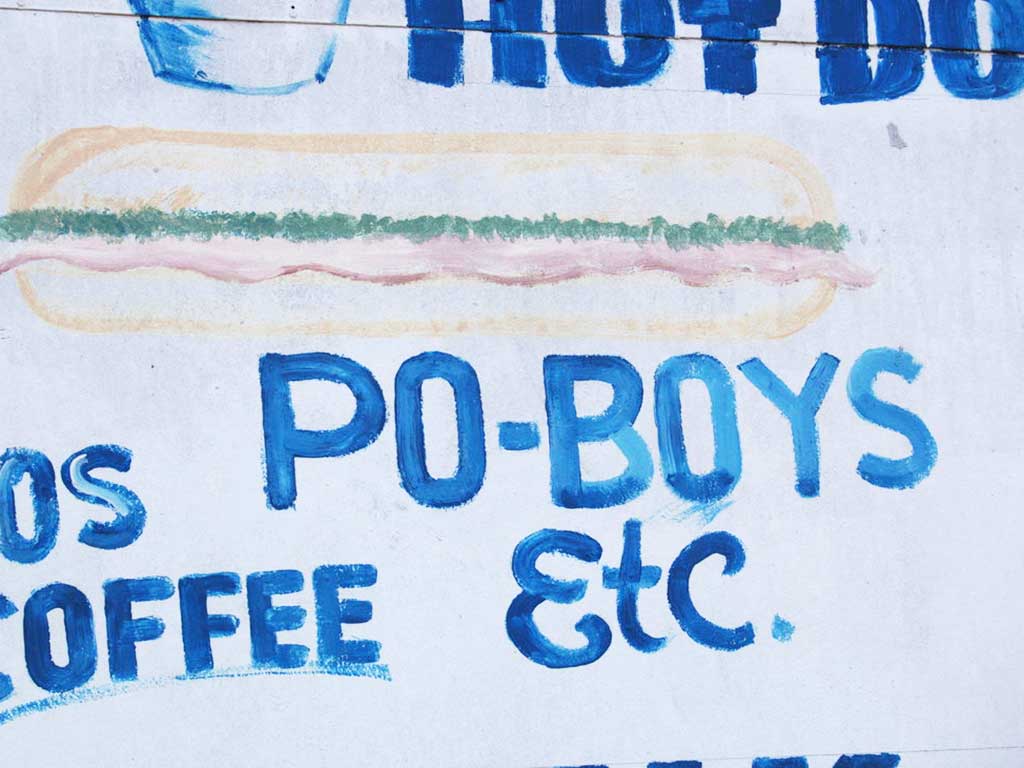 Research conducted by a Tulane professor of anthropology studies the way New Orleanians talk and the terms they use to communicate. Above, the local term for the city's favorite sandwich. (Photo by Paula Burch-Celentano)

One of the ways that New Orleanians create connections around the city is by our accents. Whether you were born here or just arrived, New Orleanians listen for the verbal cues that might tell part of your story as a way of getting to know you.

Nathalie Dajko, associate professor of anthropology at the School of Liberal Arts, studies the voices of New Orleans — emphasis on “voices,” because there is not only one New Orleans accent. Research by Dajko and Virginia Tech professor Katie Carmichael, both Tulane alumnae, shows multiple dialects in and around New Orleans, and reflects the richness of the city’s heritage, which includes speakers of multiple Indigenous, African, European and Asian languages.

The three most commonly recognized ones, as identified by participants in their research project, are an Uptown dialect, mostly heard in White New Orleanians of a higher socioeconomic status, and Black and White working-class dialects.

Because of population shifts, modern immigration patterns and other factors, all New Orleans accents may be losing their prominence around the area. Dajko and Carmichael want to establish a baseline of these dialects so that we have a record of how they evolve.

“Language is always changing,” Dajko said. “Nobody sounds like Shakespeare walking around today. Dialects are replaced by other dialects.”

The White working-class accent of New Orleans is semi-famous and somewhat synonymous with the city. It’s affectionately known as a “Yat accent” – taken from the phrase “Where y’at?,” which, ironically, is a phrase that crosses neighborhoods and color lines.

The city’s French heritage is also evolving, taking with it once-common terms such as “banquette” (sidewalk) and “parrain” (godfather).

“I did some surveying with students,” Dajko said. “We wandered around asking people for examples of authentic New Orleans English. We also asked some recognition [questions], like, ‘Do you know this term?’ And the young people were like, ‘I have no idea what a parrain is.’”

Talking to strangers is how Dajko and Carmichael recruit their study subjects. When they meet New Orleanians who agree to participate, they have them read passages and also talk about living in New Orleans. The participants also match New Orleans accents with locations on a map.

“There’s this pride of being from here,” Dajko said. “New Orleans is rich in diversity, and all of those dialects are wonderful in their own ways, and they reflect people's individual histories. The way you speak tells your story.”

Read more about Dajko’s and Carmichael’s research in the Spring 2021 issue of Tulanian magazine, which will be available on April 15.